Tinder co-founders and 8 others sue parent companies Match and IAC for billions The suit alleges that "Through deception, bullying, and outright lies, IAC/Match stole billions of dollars from the Tinder employees, who include founders Sean Rad, Justin Mateen, and Jonathan Badeen, and three current senior executives." 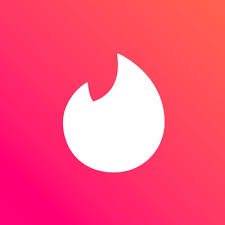 Tinder co-founders and other former and current executives are suing the service’s current owners,  Match Group and IAC. They filed a lawsuit today against IAC/InterActiveCorp and its Match Group subsidiary seeking billions of dollars in damages.

The suit alleges that “Through deception, bullying, and outright lies, IAC/Match stole billions of dollars from the Tinder employees, who include founders Sean Rad, Justin Mateen, and Jonathan Badeen, and three current senior executives.”

The lawsuit includes startling allegations of how IAC/Match repeatedly lied to the Tinder employees in order to cheat them out of the money to which they were contractually entitled. IAC/Match’s misconduct allegedly included: concocting false financial information, hiding truthful projections of continued rapid growth and delaying the launch of transformative new products such as Tinder Gold. IAC/Match also threatened to fire Tinder executives if they told the truth about how much Tinder was really worth.

Orin Snyder of Gibson, Dunn & Crutcher, attorney for the plaintiffs, said in a press release, “This is an open-and-shut case. The Defendants made contractual promises to recruit and retain the men and women who built Tinder. The evidence is overwhelming that when it came time to pay the Tinder employees what they rightfully earned, the Defendants lied, bullied, and violated their contractual duties, stealing billions of dollars. A jury will now hold the Defendants responsible for their multibillion-dollar theft.”

Sean Rad, Tinder’s co-founder and first CEO, said, “We were always concerned about IAC’s reputation for ignoring their contractual commitments and acting like the rules don’t apply to them. But we never imagined the lengths they would go to cheat all the people who built Tinder. The Tinder team – especially the plaintiffs who are currently senior leaders at the company – have shown tremendous strength in exposing IAC/Match’s systematic violation of employees’ rights.”

The lawsuit added that IAC/Match covered up the reported misconduct because the Chairman/CEO was leading the effort to rob Tinder’s employees of their contractually guaranteed compensation.

The Tinder Plaintiffs are: