10 Reasons to Ditch Your Smartphone For A (Tissot) Watch ! 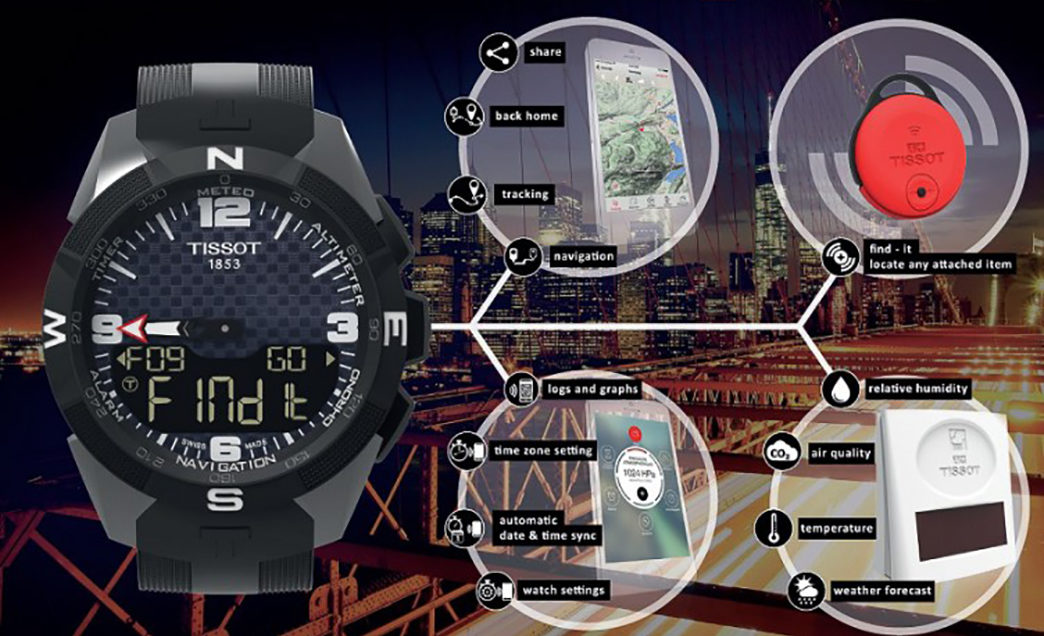 Not so long ago, there was a time when wearing a wristwatch wasn’t even up for debate. It was the natural way of life for everybody; you wake up, you strap on your wristwatch, day in and day out, simple as that. But then one fine day, on April 3, 1973, one gentleman decided to wake up and make the world’s first mobile phone call, instead.

And thus began the gradual degeneration of human society as we know it! Slowly and steadily, mobile phones crept into our lives. And as technology took its course, more and more people began waking up to check the time on their cell phones.

In just over four decades since mobile phones became mainstream, wristwatches have lost and found their place in the world. Despite it all, loyal watch-wearers have persisted well into the 21st century otherwise governed by smartphones. Top luxury brands like Tissot Watches are still popularly sold to the true appreciators at retailers like Ethos Watch Boutiques.

But the same cannot be said for younger generations across the world, who has taken to the (despicable) habit of telling time on their smartphones. You might argue that smartphones are perfectly capable of telling time, and that the wristwatch has become obsolete today. But let me stop you right there, a watch does so much more, it means so much more.

So why should you choose to go back to the roots and reimagine a world where wristwatches are the norm? Every watch enthusiast will have a different, personal reason, but I’m going to sum them up in 10 reasons you need to start wearing a wristwatch today:

Whipping your phone out of your pocket might well be becoming an annoyingly persistent or persistently annoying tick of the modern human condition. Can’t be long before we’re petitioning the obsessive behaviour be added to the DSM V (Diagnostic and Statistical Manual of Mental Disorders, before you whip out your phone to Google it).

On the other hand, with just a slight flick of your wrist, voila, you can tell the time just fine! It’s quick, it’s efficient, and it can cleverly spare you the embarrassment or judgment of keeping a tab on time during a boring meeting or an even more boring date!

Who doesn’t love a compliment every now and then? If you wear a classy luxury timepiece like the iconic Tissot watches, you’ve just got yourself an express pass to a lifetime of compliments –because yes, these solid tickers will actually go the distance, unlike the super fancy smartphone which you inevitably end up upgrading every year.

Watches are never a passing fad; they are always a timeless style statement. A quality watch (or watches, go right ahead!), will layer your look with oodles of charisma.

3. An extension of personality

As they say, you are what you wear. And what better way to express your winning personality than through an equally winning timepiece? A watch can be a little peak into your soul—it can capture your values, your unique, personal style sensibilities and communicate your character.

A watch is a little projection of who you are, clasped beautifully around your wrist. And can we help it if uber-flattering Tissot watches vamp up our personality a few notches? I think not!

No outfit is ever complete without an accessory. Now, we love our bags and shoes, but watches are a whole new ballgame of accessorising. This is especially true for men, who have little to choose from in the accessorising front. But worry not –add a ticker to your ensemble and you’re good to rule the world.

For those who appreciate the finer things in life, watches are the ultimate little works of art. Luxury watchmakers could well be giving the likes of Da Vinci and Van Gough a run for their money (which might actually just be the case among the super high-end brands).

From the intricate details to the exquisite craftsmanship, from the design to the movement… a watch, Tissot to be precise, is a true piece of art.

Can you imagine a world where a father passes along an iPhone7 to his son on his deathbed (when the iPhone 407 is probably upon us anyway)? Replay the same scenario with an exquisite luxury timepiece –now what do you have to say? A watch can be the quintessential legacy –a cherished family heirloom.

If you’re really rooting for technology so bad, then watches can very fit the bill! Modern wristwatches come with many complications and functionalities. You can dive thousands of feet underwater or you could go to the moon, and a trusted ticker will be alive and kicking with you. And not the mention –zero battery problems! Show that to your 8-hour smartphone battery!

8. They Keep You On Time

This was actually proven in a real legit scientific study. Not only can you tell time easily, but it also helps you be on time, by being more aware and reverent towards time. So next time your significant other shows up late to a date, you know what their next anniversary present is going to be, don’t you?

A watch can be a great present to your loved ones, marking a special occasion, an event, a sentiment or a milestone. After all, isn’t the gift of time the greatest of them all?

No matter how swanky your new cell phone is, it doesn’t hold a candle to an exquisite timepiece wrapped around your wrist. Period!