According to a report by Bloomberg, the wealthiest people in the world lost around 1.4 trillion dollars combined this year. On Monday (27/06/2022) itself, billionaires lost around 206 billion dollars from their fortune.

The data released on Bloomberg Billionaires Index clearly shows that recent economic problems at the international level, coupled with inflation and growing interest rates, have affected the rich also.

During COVID-19 years and especially last year, the number of billionaires on the planet had grown too high levels. There was a 13% increase in high net worth individuals in North America, followed by Europe. Asia pacific region had a low growth rate of 4.2% when it comes to several people who became billionaires from the region.

Asia pacific region was dominating the list of high net worth individuals for the last 10 years and that place now belongs to North America.

The rebound of economies from Covid-19 challenges and revenge spending by people all contributed to an increase in the number of high-net individuals.

Chinese government crackdown against tech companies coupled with huge success rates in stock markets in the United States of America all led to North America becoming the highest performer in the index. 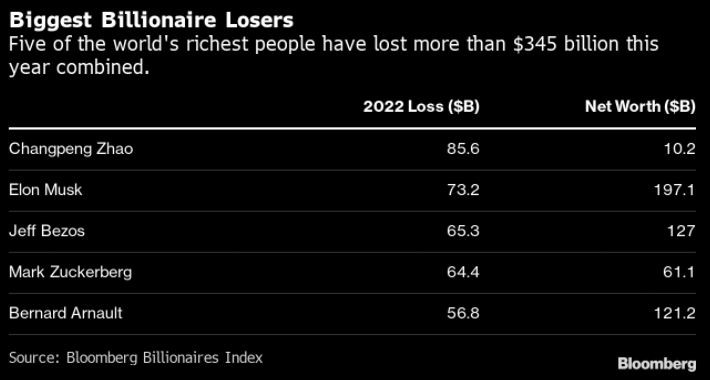 The decrease in share market value of tesla in many phases and issues regarding the acquisition of several companies all are thought to be reasons why Elon Musk suffered huge losses in his fortune.

Elon Musk is the wealthiest person on the planet, with almost 200 billion net worth in his name.

Another important point of the report is that women are going to inherit almost 70% of furniture all around the globe in the next two generations.

While some individuals made fortunes through crypto investing and trading, there are doubts about how long the number of HNIs from the crypto market continues as there is high volatility involved.

Tech companies and startups are also going to continue many millionaires and billionaires in the future as the investment in these fields has grown exponentially.