The relationship between Elon Musk and Twitter doesn’t need a special explanation because it is sort of self-explanatory. When it comes to Twitter, Musk indeed has magic fingers because it elicits responses from half of the Twitter population. And now with his recent tweet in response to the sad demise of the popular YouTuber Technoblade, Musk is back in the spotlight. The death of the 23-year-old YouTuber who had a commendable number of subscribers left the internet reeling in shock. Responses have been piling up on Twitter ever since the news came about and now Musk has expressed his condolences as well. However, as usual, Twitterati is divided about this tweet. While some are appreciating Elon for his sweetness, others are quite skeptical about the tweet. Read along to know more. 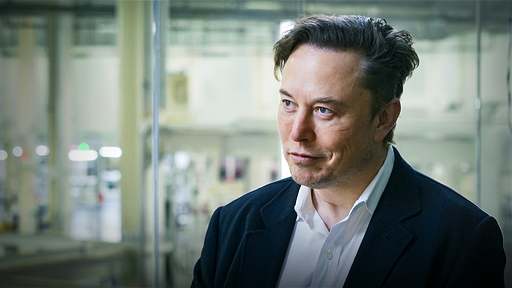 Elon Musk and his whimsical tweets which often end up being fate-deciding are not anything new. At this rate, it will not be an exaggeration to say that when Musk tweets, Twitter beats. Musk is a pretty straightforward person and sometimes his tweets make me wonder if the man is being sarcastic or if he actually means the bizarre stuff he utters without even a second thought. However, a tweet where the world’s richest man expresses some raw emotions is rather rare and this is exactly why Twitterati is a bit confused about his recent tweet. Let us take a look at the tweet.

The callous disparity between the initial quote and the one that follows is indeed confusing. But then again, we are talking about Elon Musk, sometimes he sounds like he belongs in the theatre of absurd. While some of the netizens were quite appreciative of the gesture, others were quite skeptical pointing out the insensitivity of the first quote.

Is that quote really relevant to the situation? I feel like it could come off as insensitive.

Does he watch any Minecraft stuff? why does he care? If you’re not part of a community you really don’t need to send condolences it’s just not necessary.

Like the user above, we are also in a bit of a haze about the tweet. And the wisest thing would be to not ponder on that. However, Twitterati does not miss a chance to rack its brains over Musk’s tweets. Let us take a look at the chain reaction of responses on Twitter following the tweet.

Everything must end so that new things can begin…
Balance

Somebody has to state the facts after all.

It’s very sad to hear of the passing of a young man, especially one who touched so many people. That said, I can promise that in this world of 7 billion people, he did not have 12 billion followers

Some food for thought

I really really want to believe this

People regenerate all the time. It's just nobody's looking close enough. At least not here.

It’s messed up af, but I feel like techno would think it’s funny tbh

Now that is what I call a valid response to the tweet.

Well, perhaps in the future it might be revealed that Elon Musk was a time traveler and his bizarre tweets were pearls of wisdom in disguise. But for now, they are just bizarre and let’s be content with that. It does take some nerve to show that quirky side right.