Crypto has become a magic word these days with the utopian ability to flip a switch and change the world. The infectious and at times over the top optimism of crypto enthusiasts is indeed tempting most of the time. However, as you edge closer to the reality of the crypto world, the faults and flaws begin to show and you realize, it is not all fun and games. To begin with, the crypto space is highly unregulated, which makes it vulnerable to fraud and a perfect playground for those cybercriminals who are on the lookout for a small loophole to swallow up your money. In addition to that, the lack of strong cybersecurity adds to the problems, making the crypto space a hotspot for theft and fraud. And apparently, things aren’t changing for the better. Particularly this year, the number of losses from crypto scams touched a whopping $2.99 billion. Now let us take a look at the top six crypto heists of 2021. 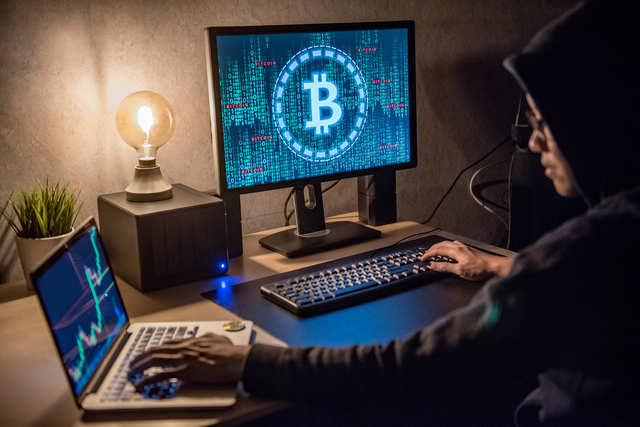 December is the season of celebration and joy. It happens that it was an equally festive time for crypto thieves too. A few weeks ago, a decentralized finance firm, BadgerDAO fell prey to a ripoff that resulted in losses amounting to $120 million. The hacker intercepted the user transactions by injecting a malicious script into the website, allowing them to transfer the user funds to their own wallets.

Just a few days following the incident at BadgerDAO, BitMart fell prey to a robbery that resulted in the loss of $150 million. Seems like BitMart will have to think twice before using their slogan, “The Most Trusted Cryptocurrency Platform.” On the day of the heist, a statement was issued by BitMart suspending all withdrawals, stating a “Large scale security breach.”

Poly Network can boast of playing the leading role in the weirdest crypto heist of all time. The drama involved is so much that it is nothing short of a dark comedy. The exchange was hacked in August, resulting in an approximate loss of $600 million. The leaders of the exchange were quite desperate that they begged the hacker to return the money. They even began the letter with a rather funny “Dear Hacker.” Quite naturally this piqued the attention of those online. Although it seemed like the efforts are futile, the lucky stars worked their charm and the hacker actually returned the money. Later on, the hacker also revealed that it was done “for fun” and to draw attention to a massive security hole in the system of Poly Network.

Liquid, a Japanese cryptocurrency exchange fell prey to a robbery in August which resulted in a loss of $97 million. The robber hacked into their systems are quite surprisingly broke through their secure cryptographic digital asset mechanism, the multiparty computation system of custody. A series of wallets and mixers were used to funnel the money so that it would be hard to trace the trail.

It wasn’t a very happy holiday season for Vulcan Forged as they lost a total of $140 million in a robbery. As it happened, the hacker got hold of the private keys to 96 of the wallets in the platform and took away every last cent. However, the saving grace was the fact that unlike other exchanges Vulcan put on a magnanimous face and refunded the lost money.

We have yet another dramatic story here. In the case of Thodex, the one who robbed the exchange to the last cent was none other than its 27-year old CEO, Faruk Fatih Ozer. The dude actually managed to flee with a whopping $2.7 billion. And the fun fact is that the authorities are still in the dark about his whereabouts. Thodex was launched in 2017 and it had witnessed immense investment since then. All went down the drain when the CEO himself turned traitor and fled with the money.