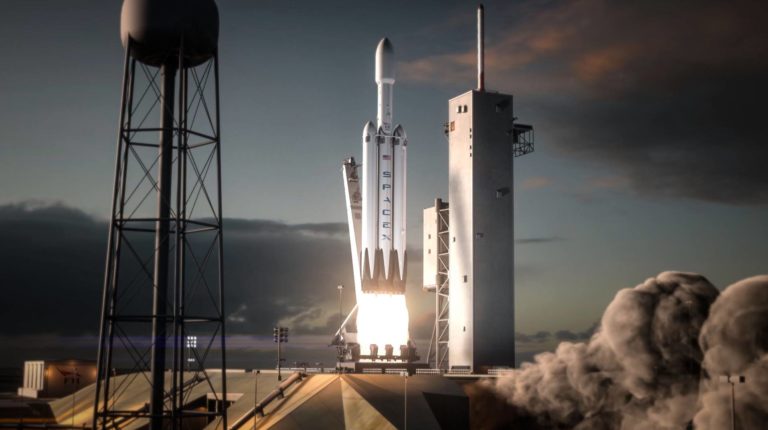 First draft animation of the Falcon Heavy three core launch. FH is twice the thrust of the next largest rocket currently flying and ~2/3 thrust of the Saturn V moon rocket. Lot that can go wrong in the November launch …

Elon Musk has shared a new animation created by SpaceX to demonstrate the planned launch process for its Falcon Heavy rocket, which it hopes to test fly for the first time this coming November.

However, as Musk noted in his post, there’s a “lot that can go wrong in the November launch.” For instance, each rocket core has to be able to return and land successfully. That’s like landing three Falcon 9s at the same time, and we all know how difficult it has been to perfect just one landing.

“Real good chance that the vehicle doesn’t make it to orbit. I want to make sure to set expectations accordingly”, Musk said. “I hope it makes it far enough away from the pad that it does not cause pad damage. I would consider even that a win, to be honest.”

He added that testing the rocket on the ground “ended up being way harder” than the team initially thought. “At first it sounds real easy, you just stick two first stages on as strap-on boosters, but then everything changes. All the loads change, aerodynamics totally change. You’ve tripled the vibration and acoustics. You sort of break the qualification levels on so much of the hardware,” IBT reported.

Falcon Heavy is the spacecraft Musk designed to carry humans to the moon and Mars, so if the first few test launches are successful, there will be a lot of excitement around the possibilities for manned missions using the Falcon Heavy in coming years.

Nearly three times as powerful as the Falcon 9, the Heavy features three rocket cores, with two acting as strap-on boosters on the sides. Each booster carries nine Merlin engines, enough to generate “more than five million pounds [2.3 million kg] of thrust at lift-off,” according to SpaceX.