On Thursday, the Federal Trade Commission took its most aggressive step since Lina Khan became chair to rein in the power of Big Tech, pursuing a lawsuit to block Microsoft’s takeover of a game developer on the same day it opened arguments in another case against Meta’s acquisition of a virtual reality start-up. 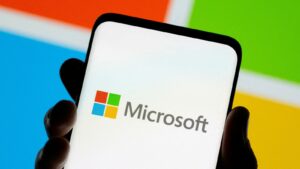 In both situations, the FTC argued that the takeovers would crush future innovation in upcoming gaming markets, a comparatively new interpretation of antitrust law that Khan (D) and her allies have envisioned as they seek to bring in an era of competition enforcement. The complaints follow long-running criticism that federal regulators have not been prudent enough in evaluating deals in Silicon Valley, allowing tech titans to dominate by swallowing up their much smaller rivals.
The FTC lawsuit against Microsoft would prevent the company’s $69 billion takeover of the video game publisher Activision Blizzard, alleging that the deal would allow the Redmond, Wash., tech giant to dominate over its rivals in gaming. If the FTC’s lawsuit is carried forward, it would impede Microsoft’s aspirations to become a heavier hitter in the gaming industry. Activision is the owner of popular titles such as “Candy Crush” and “Call of Duty,” and its purchase could push up Microsoft in its competition with Japanese console makers Nintendo and Sony.
The combined actions denote that the newly empowered Democrats at the FTC are starting to uncover an agenda that could have far-reaching consequences for the world’s most powerful tech companies, following months of partisan gridlock that blunted Khan’s objectives.
So far, Microsoft has not seen such a serious regulatory threat to its business in more than two decades, when the Justice Department brought a landmark antitrust lawsuit against the company that enveloped it in years of legal battles.

On the other hand, Meta is trying hard to defend its ability to depend on acquisitions to build out immersive digital worlds, known as the “metaverse.” Meta CEO Mark Zuckerberg has risked the future of the company on those ambitions, changing the company’s name and investing billions of dollars into bringing the metaverse to the masses. Even as the company has suffered revenue declines and laid off 13 percent of its workforce this year in the face of economic uncertainty, Meta has remained steadfast in its VR investment.  it expects its virtual and augmented reality division to lose even more money in 2023.