Twitter Bids Farewell To Fleets With A Flurry Of Memes. 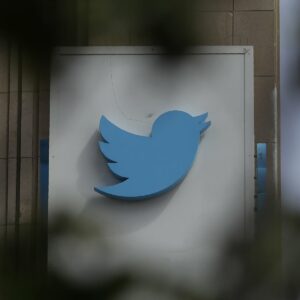 Twitter is all set to say goodbye to fleets aka the disappearing tweets. After a fleeting period of less than a year, fleets are leaving the social media scene for good. And what better way to bid farewell than through memes and jokes. As fleets make their exit by August 3, they have a load of memes to take as farewell gifts. Fleets were introduced as a way to help users to ease their way to the mainframe Twitter. However owing to the minimal usage and user traffic, Twitter finally decided to put a period to fleets. Because evolution is always about opening ways for newer, better prospects and doing away with those that stump the growth.

we're removing Fleets on August 3, working on some new stuff

we're sorry or you're welcome

Fleets were introduced as an effort to help users get used to Twitter. Because most of the users kept away from actively taking part in discussions because it felt too open and public. Added to that, the permanent and fixed nature of the posts did not help either. That is when the idea of fleets sprang up. Unlike the normal tweet, fleets will last only for a duration of 24 hours thus taking away the permanency element out of the equation. Once people get used to and comfortable they can slowly move into the mainstream discussions. However, things did not go according to plan, and fleets were ignored to the extent that a good majority do not even know they exist. Which is pretty sad for something that came with a noble mission. In fact, most Twitter users are hearing about fleets only today after the announcement of their removal from Twitter. Looks like popularity is not the forte of fleets.

Farewells are supposed to be sad affairs with a lot of tissue boxes and flowers. However, the fact that a good majority had no idea about the existence of fleets kind of triggered the joke, and now the memes are flowing on Twitter. On the bright side, at least fleets made it to the trending list on Twitter. It is not an exit with zero noise after all. Here are a few responses from Twitter bidding farewell to fleets that were wearing an invisibility cloak for the better time of their existence.

Finding out Twitter is removing #Fleets on August 3rd… pic.twitter.com/SG076MrM91

As they say, “ignorance is bliss.” And as far as fleets were concerned, most users were in blissful ignorance.

Meanwhile, people who have no idea what that is, to begin with.
#Fleets #Tweet pic.twitter.com/OR26jAx3n4

Me looking for the #twitter #fleets feature that is apparently being taken away from me pic.twitter.com/pQrVCgOX6x

what even is it?! #Fleets pic.twitter.com/5d3apqEAXV

Sadly, nobody is sad.

That is one pleasant way to say goodbye.

I think @travisfitzwater is the only one upset that fleets are going away https://t.co/yh0gmn69OL