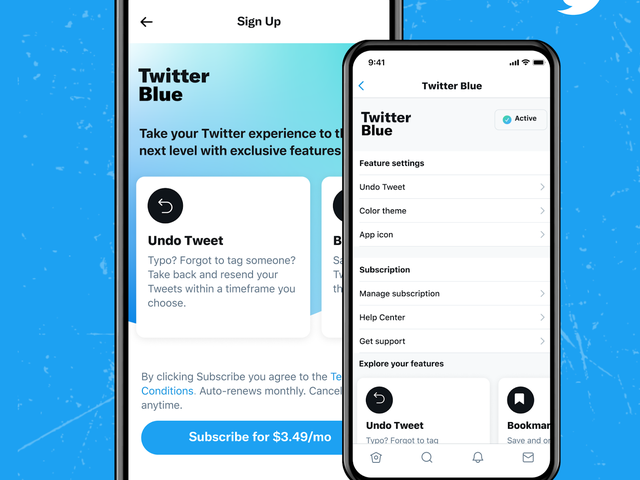 Twitter is one of the most popular and influential social networking platforms. It is no surprise that Twitter has been planning to launch its subscription service. In fact, the speculations were also mostly correct and not very long ago, the micro-blogging website also listed its Twitter Blue prices on Apple and Android app stores.

Well, the wait is over because Twitter has recently launched its Twitter Blue subscription service in Canada and Australia for USD 3.49 and USD 4.49, respectively.

The launch is indeed limited and it is designed to gain a deeper perspective on what the customers want, a Twitter spokesperson mentioned in a statement. However, this does not mean that the conventional Twitter service that is free of cost will hamper in performance or stop working entirely. It is not like that; Twitter’s free app will run like it always has been and this subscription-based Twitter Blue will add new premium features to the platform for a minimum subscription price.

As mentioned in a report by BBC, Twitter mentioned in a statement that they have heard from people that use Twitter a lot that the company don’t always build features that meet their needs. Twitter added to the statement saying that they took the feedback to heart and are developing new features and re-iterating upon the solution to give Twitter users, exactly the features they are looking for. Twitter Blue is launched as a solution that will enable new premium features that meet their needs.

The social networking company says that it will be listening to all feedback and continue building out new features and perks for Twitter Blue subscribers over time. Twitter will also be expanding its subscription service to other countries once its ‘beta-testing with Canada and Australia is over.