Twitter Celebrates Social Media Day With A Wave Of Posts And Memes.

Twitter has found yet another reason for celebration in the form of Social Media Day. Whether it be a pandemic or world war, we never run out of reasons to go the extra mile. And a day devoted to social media makes all the more sense since nowadays man has moved from being a social animal to social media animal. In all fairness to that statement, the term is highly relative because there are still people who enjoy the old-school ways of socializing in this digital age. 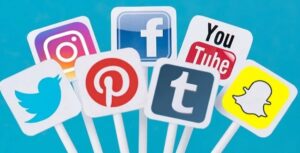 Walking Through The Lanes Of History

Not everybody is fond of history lessons. However, when it is about something that is a staple element in our life, it is necessary to know at least a small bit of the backstory. Initially, social media started with the core idea of connecting people. Connections were always an important part of human life, which once again underscores the fact that “man is a social animal.” But now, social media has gone a long way and undergone a transformation from being a connecting space to a platform with immense potential that can set the ground for businesses, open a stage where voices can be heard, so on and so forth.

Mashable, the international news website was the very first one to celebrate Social Media Day on June 30, 2010, reflecting on the global impact it has had on communication and the way it revolutionized the same. And today, almost eleven years post the first celebration, the relevance of the day becomes all the more profound since the pandemic has reshaped and restructured our focal point. One very good example is Twitter itself. There is nothing that misses the notice of Twitter. Twitter has more or less grown to be an echoing ground for a spectrum of opinions, and at times acting as the oracle of truth and fact, which does have some serious implications.

In a world stricken by a pandemic that refuses to take a step back, any celebration is significant to maintain sanity. Thus it is not surprising that social media day hit the walls of Twitter with immense voice, creating a lot of buzz and excitement, finally making it to the trending list. The day became all the more interesting as celebrities took to the social media platform to leave their thoughts about the day and soon the rest followed suit. Here are a set of reactions and responses from Twitter. Read more about Manage Flitter to learn about this.

Social media isn’t all about letting people know what you had for breakfast or how many times a day you have exercised. It also has an incredible mobilizing capacity, which has given a chance to millions of people to have their voices heard.

Thank you for existing so I can bring my beautiful face to people's phones#SocialMediaDay pic.twitter.com/TAD2oQZ4vv

Happy #SocialMediaDay! Try to not call a social media marketing professional an intern today. Thanks! pic.twitter.com/pmnJRZg9Ri

This #SocialMediaDay, we strongly encourage you to take a break from social media.

Go and, I dunno, read a book or something. pic.twitter.com/4Z4Y5IQ72V

As stated in the last post, it is always necessary to take a break every now and then to avoid a breakdown. Because after all balance is crucial.