Twitter Celebrates The 30th Birthday Of ‘Sonic The Hedgehog’ With A Flourish Of Birthday Posts.

Twitter fills with copious amounts of posts celebrating the 30th birthday of the much-loved video game ‘Sonic The Hedgehog.’ The video game which marked its beginning on 23rd June 1991 was successful in capturing the hearts of gamers globally, and its reign of thirty years underscores this fact. It is not a matter of surprise that the 30th birthday of Sega’s masterpiece opened windows for nostalgic revisits to the past, and sweet reminiscences about the legacy of a game that left an indelible mark. 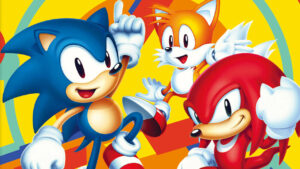 The fastest hedgehog was designed in an attempt to outrun the popular game series of the time Mario Brothers by Nintendo. Since the competition was rather challenging, immense efforts were put in to produce a result that would scale the mountains of success with ease. It was only reasonable that Sega approached Tom Kalinske 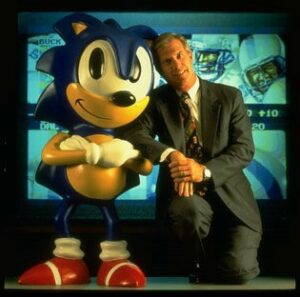 who was the former head of Mattel to unleash his skills and talent to curate a game that would help them to win over the millions of fans who were hooked to the Italian plumber, Mario. Tom and his team put their heads together to create the much-loved characters of the gaming world. The credit for the original design of Sonic the Hedgehog goes to Naoto Ohshima. 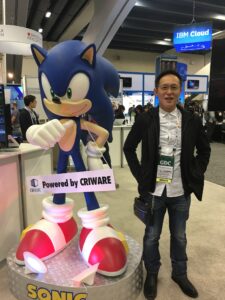 Very soon, Sonic became the face of the company opening doors to a number of animations, comics, and many more.

The journey was not an easy one. Earlier versions were quite ferocious and rather aggressive, and it took a while for the creators to polish and refine the character to its present form. The efforts paid off and the accomplishment was made with the fast-moving Sonic with his attitude turning heads.

However, the competition was still in place with Nintendo, and with the introduction of a milestone character, it gathered more momentum. In the ensuing battle, Sega did face a lot of setbacks and defeats facing backlash in the coming years for the poor design of the characters. But it cannot be denied that despite everything Sonic still stands the ground and today, it has been thirty years of standing the ground.

It is not a small thing to remain in the memory after years. And thirty years is definitely not a short time. Thus, it makes all the more sense that netizens are thoroughly excited about celebrating Sonic The Hedgehog. Because thirty years of nostalgia and gaming amounts to immense levels of enthusiasm and excitement which is very well reflected on the social media platform today. The flurry of posts celebrating Sonic has made it to the trending lists of Twitter and people are nowhere near stopping. If you find Twitter with a blue hue today, it is nothing to be surprised about. Here is a set of memes and posts from Twitter celebrating thirty years of the popular video game. Birthday wishes are in order for the fastest hedgehog.

And a repost of my 30th before sleep.

🎉🥳 Happy 30th Anniversary Sonic! 🥳🎉
It's been a crazy 30 years! Can't wait to see what's next.
Thanks for all the friendships and memories 💙🦔 ^_^#SonicTheHedgehog #Sonic30th pic.twitter.com/TMf2naovuU

Happy 30th Anniversary Sonic the Hedgehog 🦔💙
I wouldn't be in the place I am now if it wasn't for this blue hedgehog and his friends. Thank you so much and here's to many more years full of great adventures #SonicTheHedgehog #Sonic30th #IDWSonic #sonicfanart #sonicart pic.twitter.com/VSumk0i9cZ