More than 50 per cent of Twitter’s top 100 advertisers seem to no longer be advertising on the social media platform. A report from Media Matters for America states that these 50 advertisers have spent almost $2 billion on Twitter advertisements since 2020 and more than $750 million just this year. According to the report which was published on Tuesday, deven more advertisers have slowed their advertising to almost nothing. These companies have paid Twitter more than $255 million since 2020.

Major brands like Chevrolet, Chipotle Mexican Grill, Inc., Ford, Jeep, Kyndryl, Merck & Co. and Novartis AG all issued statements about suspending Twitter ads or were said to be confirmed as doing so. The others stopped advertising on the platform for a “significant period of time following direct outreach, controversies, and warnings from media buyers.” 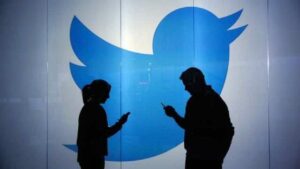 The report stated that even with these blows to advertising revenue, Twitter CEO Elon Musk has “continued his rash of brand unsafe actions — including amplifying conspiracy theories, unilaterally reinstating banned accounts such as that of former President Donald Trump, courting and engaging with far-right accounts, and instituting a haphazard verification scheme that allowed extremists and scammers to purchase a blue check.”

Several famous Twitter users like author Stephen King have criticized the new monetized verification system. The symbol used to verify the identity of Twitter accounts, so it was easy to confirm the authenticity of a tweet.

Eli Lilly and Co. halted showing ads on Twitter the day after an imposter account impersonating the pharmaceutical company — complete with a purchased blue check mark — posted, “We are excited to announce insulin is free now.”

Eli Lilly asked Twitter to remove it, but the tweet remained up for many hours, because the platform’s staff was snipped thin due to recent slack offs and resignations. The tweet recieved hundreds of retweets and thousands of likes, and Eli Lilly’s stock soon took a dive.