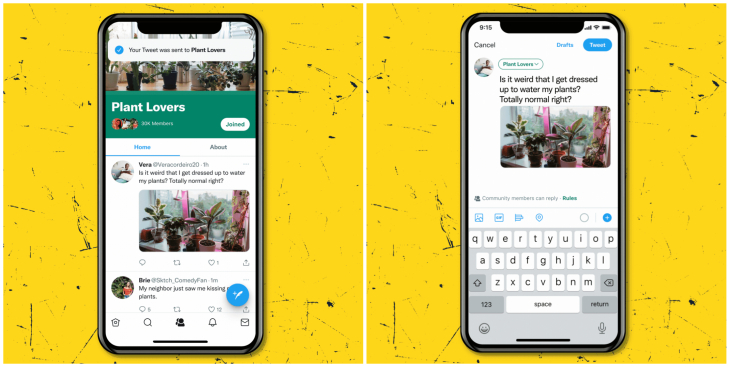 Twitter is one of the most celebrated social media platforms in the world, a platform where people actually speak up and voice their opinion on topics of health, skincare, politics, technology, gadgets, and more. The social networking microsite is also extremely popular among celebrities and politicians who love connecting with their audience on Twitter and share their opinions and updates.

Anyhow, we all know what Twitter is, and how it works! According to recent reports, the social media platform is rolling out a new feature called “Communities” that serves as its own dedicated ‘groups’ feature.

This is a huge update for Twitter as it will give users a dedicated community of people that share common interests. It is like a high school extra-curricular group where all football fans join the football team and all cricket fans, join the cricket team. Except. Twitter Communities are for everyone and every user can be a part of more than one community. Twitter’s Communities feature gives users a more intimate space for dedicated conversations.

However, this feature resembles Facebook’s Groups and Reddit’s Subreddits feature. Reports suggest that Communities are dedicated to specific topics and members who become a part of that specific community will only be allowed to post tweets, while others who are not a part of that community can only view your tweets.

So, there is no such thing as privacy or secrecy in communities, anyone can view but only members can post. Each community will have its own moderator who will set rules for the group and users will only be added on an invite basis, something similar to Clubhouse. Only existing members can invite new members to join a community, and this makes it all the more exclusive.

As mentioned in a report by Engadget, earlier it was very difficult for users to find people that match their vibe and groups that talk on your topic of interest and Twitter has tried to address this issue with “Topics” which drives tweets to your timeline based on your interests and likings. Communities will of course take this initiative a step further.

The report further notes that Twitter will only focus on popular topics like dogs, skincare, sneakers, and astrology for its first communities and as and when the feature rolls out to new features, Communities is meant to grow organically. The company confirms to roll out this feature to more users in the upcoming months of 2021 and in early 2022.