Twitter is reportedly testing new emoji reactions for tweets, which would allow users to react to posts on their Twitter feed in a more expressive way than likes, according to an announcement made by the company on Thursday. Users will be able to respond to posts they like with a range of different emoji, including the “Thinking face,” “Face with tears of joy,” “Clapping Hands,” and “Crying Face,” in addition to the familiar “Heart” emoji. 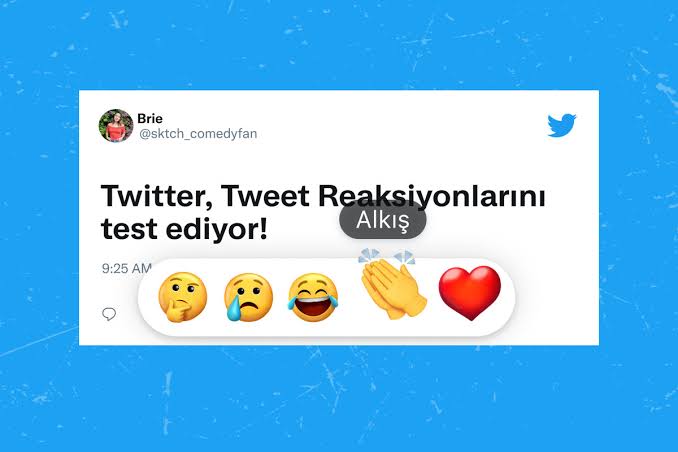 The test is scheduled for a limited period of time in Turkey only, and the company might expand the same to more users in other countries as well, depending on the response.

The feature is being rolled out to provide people with a more fun, interactive, and quicker way to show their response to a tweet. Additionally, authors will also receive better feedback on their posts. The emoji can be accessed by long pressing on the Like button, akin to how things happen on Facebook.

Rumors that Twitter was testing the tool our had been doing the rounds for a while, after coming out earlier this year. Emoji reactions are already available on Twitter, albeit for direct messages only.

Interestingly, people have noted that Twitter’s selection of emoji to add to its arsenal does not have a single explicitly “negative” emoticon, like the “Angry Face” on Facebook or the “Thumbs Down” on Twitter DM. When quizzed about the same, Twitter says that it was a conscious move based upon a survey which found that people were quite “concerned” at the prospect of receiving negative feedback on their tweets.

At the same time, the emoji that do make it to the tool are some of the most popular and mainstream ones (take the “Face with tears of joy” emoticon for example), so Twitter does score points on keeping it “universally recognizable.”

Only Available In Turkey For Now

Twitter users living in Turkey can expect to soon get their hands on the feature, as the company says it will be introduced for testing in the country one of these days. The emoji reactions will be available to Twitter users on the web, and also to those relying on the iOS and Android apps of the platform. Depending on how people take to the new tool, it could be introduced in other countries in the near future as well.