Twitter paves the way for the bitcoin price to surpass $300,000.

Twitter is currently one of the most successful venues for the conveyance of value, as illustrated by Lightning Network platform Strike in a recent video. 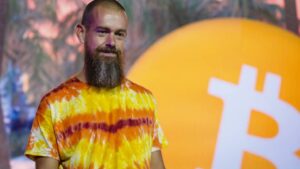 In a blog post, Strike CEO Jack Mallers stated, “Starting today, Twitter will allow all iOS users across the world to send tips over the Lightning Network.”

Twitter also said the feature would be arriving in Android users soon in a press conference.

It’s difficult to overestimate the possibilities of Lightning Network integration with a widely used internet communications tool, as Mallers pointed out. The appetite for more efficient global, digital payments systems is huge, as demonstrated by Bitcoin’s ongoing supplanting of Western Union and Moneygram in El Salvador — where the permissionless monetary network has already cut into those third parties’ revenue streams by an estimated $400 million per year.

How long until more people discover that Bitcoin is the finest monetary network for the internet when users begin trading value with little costs, practically instantly, across borders, and without censorship using the Lightning Network on Twitter? How long until other digital platforms follow Twitter’s lead and include this money directly into their tools, before Bitcoin completely replaces the antiquated methods that currently dominate remittances, influencer marketing, and, eventually, all-digital payments?

From a particular vantage point, it all appears to be unavoidable.

If Bitcoin’s market capitalization were solely comprised of the $700 billion global remittance industry, the $13.8 billion influencer marketing industry, and the $5.44 trillion global digital payments market (a combined estimated value of $6.1538 trillion) via applications like Twitter’s tipping service, each bitcoin in existence (18,824,860 at the time of writing) would be worth approximately.

Bitcoin is a superior tool to the dollar for all of these businesses and others, as Twitter users are discovering. It’s difficult to predict exactly what the bitcoin price will be because its system consumes almost every type of value transaction now in use, but the figure will undoubtedly rise.