From the implementation of the Citizenship Amendment Act (CAA) to passing the Farmer’s Bill, India has seen some major protests and witnessed them taking a violent turn over a short span of time. The recent hot topic being the farmer’s protest that is spread across some major parts of Delhi and its suburbs. The news of protests and views on it has kept our fellow netizens interested and engaged in the country’s ongoing events. 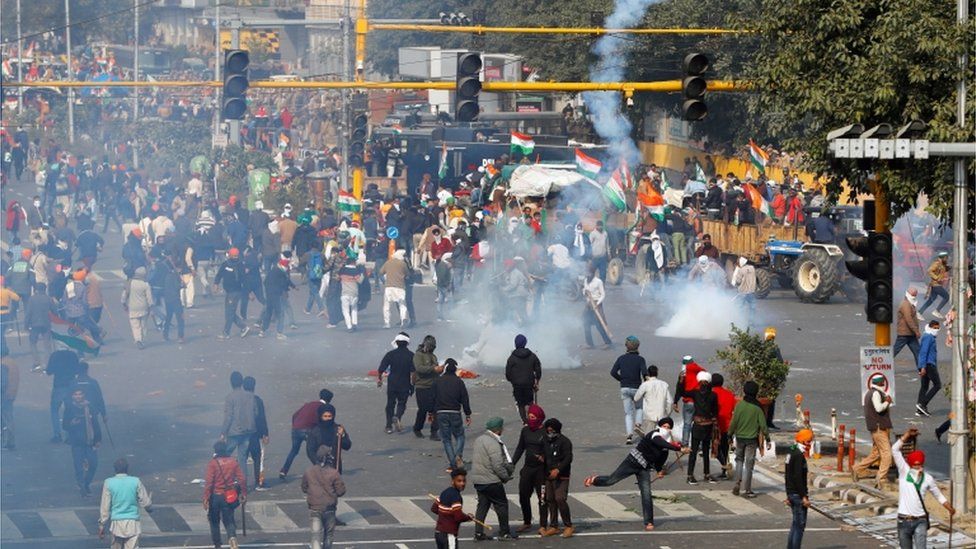 The clash between Farmers and Police in Red Fort

Some netizens have posted their views in the most composed manner. But many Twitter account holders chose to let their rage unleash in the most notorious ways on the social networking platform.

Sticking onto its community guidelines, Twitter suspends such accounts, and the count has been increased to 550 as of now. The count of suspension of accounts is still on the rising.

According to further reports, a spokesperson from the micro-blogging site said that with the help of technology and the human task force, they have been successfully reviewing such spam accounts. In order to ease up the online community, Twitter suspends such accounts for violating its guidelines. The spokesperson also said that they had labeled the abusive comments and contents against their company’s community guidelines and will do so even further if any such account comes to light again.

The spokesperson expressed his concern about how these online abuses can turn into physical harm in the real world. We have seen no different scenario than the expressed concern. A video of a Sikh hoisting a Khalistan flag on a high mast disrespecting the tricolor broke further rage into the netizens.

A concern for safety

There have been more than 22 FIRs related to the whole protest, and several clashes outbroke onto the streets of Delhi.

On interviewing the spokesperson further about the suspending of accounts on Twitter, he added that they are monitoring the whole situation very closely and are vigilant about any such accounts that violate the hashtags’ policies.

The farmer’s protest started peacefully among the borders of Delhi, which took a violent turn on the 26th January 2021, wherein the farmers took the protests onto the streets on their tractors and attacked more than 300 police personnel before they reached the red fort.

This act left the netizens claiming how they have witnessed both sides of the republic on that very day.

Sad to see scenes of clashes between some protesters and police in Delhi #FarmersProtest.

Notable though the huge #TractorParade today and ongoing months long struggle (largest protest currently in the world) have been peaceful and inspired so many struggling for an existence. pic.twitter.com/1722hrPtgA

With the ongoing situations, Twitter is said to issue strict community guidelines and keep a close vigil onto its accounts so that any vandalism of the guidelines has not tampered with.

Let’s hope the protest goes back to being peaceful and the Indian government can find a solution to ease the farmers’ agitation.