Twitter witnesses a deluge of hilariously funny memes as Whatsapp temporarily steps down from mandating the privacy policy which caused quite a riff-raff with the government. The terms of the updated policy were under scrutiny for quite some time since it was not in line with protecting the privacy of the users. Initially, the messaging platform was quite stern and stubborn about enforcing the privacy policy to such an extent that it even claimed that the users who do not accept the terms will face limitations while using the app. This stern position of the company had kick-started a chain of memes on Twitter not so long ago. Seems like the meme saga is not going to end anytime soon. 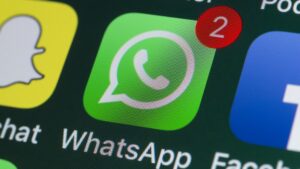 What’s Up With WhatsApp

Contrary to its initial position of mandating the privacy policy, the company has loosened its reins at the present. In a court hearing on July 9th before the Delhi high court, Whatsapp made clear that it has put the new privacy policy on hold and there will be no mandatory enforcement of the terms. The company also added that the putting on hold will be until the Data Protection Bill comes into effect. The users will not have to worry about the app’s functions being limited either in the event of not accepting the privacy policy.

WhatsApp has been facing major polemics and scrutiny from around the world due to its updated privacy policy. Although the company emphasized again and again that their majority priority is user privacy, it was not enough to convince the users who were convinced that the messaging platform was sharing user data with Facebook, its parent company, thereby violating user privacy. Even the continuous assurances of the messages being end-to-end encrypted did not have any particular effect on the users who were quite displeased with the terms.

Ever since the issue of the privacy policy surfaced, the app had been subject to a number of hilarious memes. And now with the sudden switch of position, once again the meme spotlight is back on WhatsApp. Now, the joke is directed a little bit on the users who have already accepted the privacy policy since they had no premonitions whatsoever about a possible change of position by the company. Here are some of the best memes and reactions from Twitter that will definitely tickle your funny bone.

Well, some humans are so peace-loving that they accept without resistance.

People those who were already accepted the privacy policy.#WhatsApp pic.twitter.com/HwT3xQo5Yg

We cannot pass judgements too soon. We must wait and see who will have the last laugh,

Now that is a very valid reaction.

Meanwhile user who has not accepted the policy yet.

Yet another valid reaction.

That is a sweet gesture. (This is where you shake your head in a sorry way trying not to laugh.)

Who will have the last laugh is still a question. But some are definitely laughing right now.