Twitter Welcomes Zomato’s IPO Announcement With A String OF Memes And Responses.

Twitter is packed with memes and responses following Zomato’s IPO announcement. Zomato through this move becomes the very first of Indias’s digital start-ups to step into the realm of IPO. Zomato is a major and quite popular food delivery app in India with notable customer retention owing to its user-friendly and ethical moves that created a firm foundation. With this Initial Public Offering(IPO) worth $1.2 billion, the shares have gone on sale. Before the offering, the company managed to raise a total of $562.3 million from its institutional investors. It is expected that the three days offering will move the company’s valuation up to $9 billion. India, for some time, has been producing unicorns and private firms that offer a certain promise of a strengthened economy. Although financial analysts have expressed their fears of the high valuation particularly because of the losses incurred by the company previously, the IPO has been receiving a strong response. The echoes of the same are well reflected on Twitter. 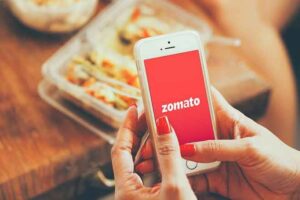 The Much Anticipated Event

Zomato’s IPO has managed to create quite a buzz, capturing the attention and interest of investors who were in fervent wait for the public issue. In fact, the IPO has turned several heads becoming the talk of the town in such a short time. The excitement about the IPO was well reflected on the Twitter account of Zomato as well, as they expressed keen excitement and nervousness about the IPO. Soon, Twitterati unleashed a swarm of responses expressing support for the significant move.

received more love today than on our birthday 4 days ago

As usual, Twitter was in a state of excited frenzy following the news of the much anticipated Initial Public Offering. And the fact that Zomato is a food delivery app was of considerable help in coming up with witty puns and memes which are making their rounds on Twitter. While netizens were busy expressing their support and excitement, some of them also saw it as a chance to take a slight dig at Swiggy for not going public yet. But what attracted netizens more is the supportive attitude of Swiggy towards the IPO. Talk about healthy competition! Here are some of the responses from Twitter as the IPO grabbed the spotlight.

Parallels are being made.

Reading about #ZomatoIPO surprised me by how perfectly Zomato fits in the Amazon Flywheel that Jeff Bezos infamously drew on a napkin in 2001.

It’s a 14 page long list with anyone and everyone from the FII & DII community one can imagine.

The list of investors is so long, that it should be uploaded as a Menu on their app! #ZomatoIPO @zomato

Well, now that is a slap on the face. Apparently, some people are keener about expressing support even if the reason is a bit hazy. After all, it is the attitude that matters.

Same people when asked about the full-form of IPO:

A very valid piece of wisdom.

Zomato is comming with the IPO and here I am wondering how much money I have already given to the company ! They should provide allotment based on orders placed ! 😜 #ZomatoIPO

Things are working out at a rather fast pace.

And some serious pleas(or threats?)

I will only apply #zomatoipo if they stop "dum dum payal payal" ad song on YouTube.

It is always worth the celebration. After all, a single bite of pizza is a major fight in the making for the rest. (The sentence before was making an effort to fall in line with “one step for man, one giant leap for mankind.” As the pun entered, the order got mixed up)

A round of applause for

Must say, Swiggy knows the meaning of smart work.

And some bitter facts