UABLE ; THE EDTECH START UP RAISES $ 3.5 MILLION IN FUNDING ROUND

Education & technology together have created a buzz since the last year. There were companies offering the requisite services before also; but the sudden trajectory has made it very difficult for the consumers to ignore or avoid it.

Little did they know; that they year 2020 will not provide the scope of opting or not.

This is by far the major reason why its raining funding for the ed-tech companies prominently the start-up segment.

On Wednesday; another ed-tech company Uable bagged a raise of $ 3.5 million in a series round. To know the information in detail; let’s get into the article.

The company was founded in the year 2020 by Saurabh Saxena who was associated with Vedantu. It is basically a skill development platform. The major belief that is held by company is that the new age demands new skills which need to be acquired by the individuals quite fast. They function with an aim to redefine learning and making it more market oriented.

The founder’s take is that “At Uable, we are challenging the status quo of education, where for decades and possibly centuries, the notion that securing the highest marks, grades, and degrees alone determined one’s future and chances of success. However, we are here to change that notion and bring a paradigm shift in education.”

The most interesting part is that they do not offer courses in prescribed domains like robotics, AI, data science; rather they make sure that an individual gets the liberty to understand its passion in the middle age of 13-18 and then keep on nourishing it fully to succeed.

Real world learning is provided with an option to explore & immerse in the real world experiences. 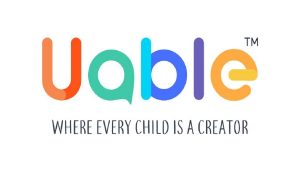 The amount raised was $ 3.5 million in the pre-series A round. It was effectively led by JAFCO Asia and Chiratae Ventures. The old & existing investor 3one4 capital was also a part of it. The funding is supposed to be used by the company to mark its global presence so that the teenagers can explore the real domains.

Jafco Asia is a flagship company in the venture capital business for the past 25 years. They are known for their investments in technology related domains. They have a clear vision to build successful businesses using their centers across the globe.

Chiratae Ventures on the other hand are investors in close to more than 80 ventures having $700 million under advisory programme. They majorly focus on Consumer media, SaaS, Health Tech and Fin Tech.

Now; after this raise an addition to the managerial board will be in the form of Supriya Singh who is the director of South Asia Investments in the Jafco Asia Group.She had a very clear say stating that she has experienced the domain first as a parent then as an investor. The primary focus here is on creativity & self-confidence which definitely are the necessary ingredients that you require in this century.

Youth are the modes to empower nation.

But they stand at the scariest level when they lack skills.

Skills help them to build a better India.

A lot has been done by the government; a lot is being done through ed-tech players. Now is the time for a lot of introspection in order to understand your capabilities, get skilled and earn a reasonable standard of living.