Shiv And Steve’s Exclusive On The Latest Uber For ‘X’ Market And More! 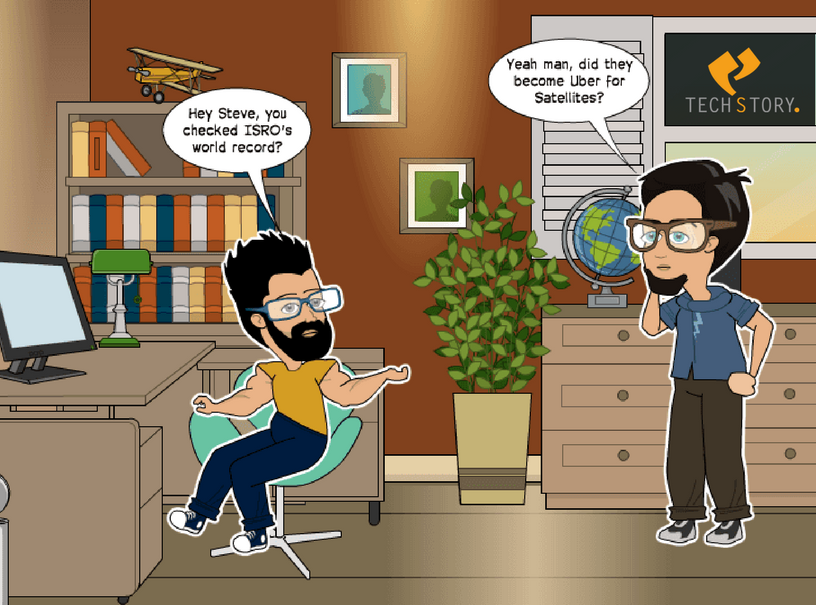 Another week in Shiv and Steve’s life, and they’re yet to start working on an idea. In the name of starting a startup and market research (without idea validation), they spend the week discussing the current happenings in the startup ecosystem.

Here are a few excerpts from that !

Shiv:  Stevieeee! Mark Zuckerberg wrote 6,000-word letter! ?  Did you read it? ? Apparently, the guy is concerned about the world!

Steve: Haha, I just read… Is he eyeing for the presidency or trying to say that AI could be a better president over you-know-who.. that reference to India is a reminder that tech companies are bullish about India as the next large market… ? Also, what is up with Facebook?? Trying to rip LinkedIn from its jobs market as well??

Shiv: Haha If he continues to work in the favor of World peace (through Facebook, I don’t know how) he might end up being President for sure ? Yeah man! Facebook is doing what it takes to be at the helm. The company wants to be part of a person’s life! But I doubt if it’ll take away LinkedIn’s bread and butter!

Steve: Those are some serious big words for Lex Corp (Argh, sorry Facebook).. but again after 13 years, the company is still keeping its startup culture up by innovating (sometimes copy pasting) to beat the competition… Competition is everywhere, the next time I call someone I need to figure out if it’s going to be facebook call, WhatsApp call, skype call or amazon’s chime (did someone say Viber? nah!) ?

Shiv: Viber? Does it even exist? Hahaha Amazon Chime is so original man! Didn’t you check the video? I wonder what will skype do next! The week is full of original content ? Facebook jobs, Amazon Chime! Meanwhile, in Seoul, The rightful heir Jay Y. Lee (as they say it in West) of Samsung is arrested and accused of Bribery, Perjury and Embezzlement!

Steve: Lol, looks like someone jinxed Samsung.. Beginning with their galaxy issue right until the recent fire caught up in their factory, they’re a smoking hot company now…  Btw, you saw the PSLV takeoff?? ISRO just became the Uber for satellite launches… ??

Shiv: Yeahhh! ISRO made history? though I really have no clue why they did it just like many others who are sharing the image on Facebook and WhatsApp! So what was the purpose, any idea?

Steve: Definitely not for Guinness world record.. ? Anyway, imagine you have a parcel and you want to deliver it somewhere.. But, buying a vehicle is costlier compared to the price paid to a courier… now your parcel is your satellite and courier service is ISRO…  Just like hyperlocal delivery companies, if you can club all your deliveries together in a single run, then it is disruption and hence profitability… ?

Shiv: Speaking of parcel reminds me!! I’ve ordered a gamepad and it’ll be delivered today? Wanna catch up for a game of Fifa?

Steve: Man, you’re dumping way too much capital on e-commerce sites… Don’t you think I’ve beaten you in enough number of games when I was in U.S? But if you think Fifa is going to level your playing field, then I’m game even for that…