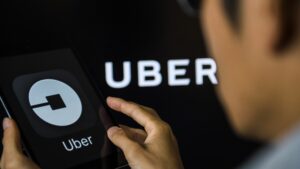 According to recent reports, Uber is currently investigating the violation of its computer systems. A message on Uber’s internal system on Thursday told employees, “I announce I am a hacker and Uber has suffered a data breach.” Go through the entire artcile to learn more about this news piece.

About the computer system breach

Recent reports suggest that as soon as Uber got to know that its systems had been hacked, all its systems had to offline so they could find out the extent of the hack. The hacking led to the exposure of internal information of Uber. “They pretty much have full access to Uber,” said Sam Curry, a security engineer at Yuga Labs who corresponded with the person who claimed to be responsible for the breach. “This is a total compromise, from what it looks like.”Uber is still in the process of investigating the hacking of its systems. “These types of social engineering attacks to gain a foothold within tech companies have been increasing,” said Rachel Tobac, chief executive of SocialProof Security. Ms. Tobac pointed to the 2020 hack of Twitter. This hack was basically related to teenagers making use of social engineering to hack the systems of tech companies. “We are seeing that attackers are getting smart and also documenting what is working,” Ms. Tobac said. “They have kits now that make it easier to deploy and use these social engineering methods. It’s become almost commoditized.”Mr. Curry said. “It seems like maybe they’re this kid who got into Uber and doesn’t know what to do with it, and is having the time of his life,” he said.“We don’t have an estimate right now as to when full access to tools will be restored, so thank you for bearing with us,” wrote Latha Maripuri, Uber’s chief information security officer.

Uber is a tech company that was founded in 2008 in Paris. The company realizes the importance of movement in human life. Movement is essential to get what people need to succeed in life. Keeping this I’m kind, this company offers people travel services, which are safe and quick so that they can reach their destination as soon as possible and fulfill their dreams. With the tap of one button, a safe ride arrives for the customer within a few minutes. You don’t have to think twice about moving out of your house at any time when you have an Uber at your service.