Ubisoft, a well-known video game developer, announced today that it will build Ubisoft Quartz on the Tezos blockchain, a new platform for players to earn Digits and the first, energy-efficient NFTs (Non-Fungible Tokens) playable in a AAA game. Ubisoft selects the Tezos blockchain as the platform to power in-game NFTs. 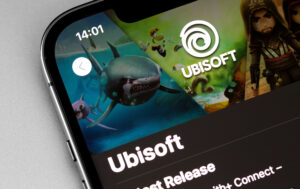 According to a new PwC analysis, the Tezos network processed over 50 million transactions in 2021, equating to the energy consumption of 17 world people.

Nicolas Pouard, VP of Ubisoft’s Strategic Innovation Lab stated: “Our long-term efforts led us to understand how blockchain’s decentralized approach could genuinely make players stakeholders of our games, in a way that is also sustainable for our industry, placing back into their hands the value they generate through the time they spend, the items they buy or the content they create online.

Ubisoft Quartz is the first building block in our ambitious vision for developing a true metaverse. And it can’t come to life without overcoming blockchain’s early-form limitations for gaming, including scalability and energy consumption.”

Mason Edwards, Chief of Staff, Tezos Foundation added: “Energy-efficiency is an important factor for companies like Ubisoft, choosing to build on a blockchain network — global validators on Tezos consumed less energy than just 17 people while processing over 50 million transactions in the last year. I believe that Tezos’ efficiency and ability to evolve position the network to support Ubisoft’s vision for building a layer of value for the gaming world.”

Ubisoft Quartz will blend the excitement of playing with the uniqueness of owning one-of-a-kind, collectible Ubisoft game world pieces. NFTs provide gamers with unique methods to connect with and obtain more value from the games they love, ranging from in-game cars to weapons and equipment.

This large-scale experiment is the next phase in Ubisoft’s four-year blockchain study, which has included tight engagement with the Tezos ecosystem as well as in-house research and development.

Because Tezos has shown to be quick, secure, and energy-efficient, Ubisoft picked it to power its in-game NFT program. Tezos is the first Proof of Stake blockchain and the only one that has successfully upgraded itself to boost efficiencies, add new features, and reduce energy consumption.

Tezos deployments are up 15,000 percent in 2021, with the network surpassing 50 million transactions. Tezos was the exclusive NFT Sponsor of Art Basel Miami Beach this year, where tens of thousands of art enthusiasts from all over the world opened their first crypto wallet and minted their first NFT at the interactive display Humans + Machines: NFTs and the Ever-Evolving World of Art. For open, energy-efficient web3 experiences, Tezos is the blockchain of choice.

Digits will be available as part of limited editions with a set number of pieces. On December 9, 12, and 15, the experiment will begin with three drops of free Digits to reward early adopters. Other drops are scheduled for early 2022, with more information to be released at a later date.