Ukraine is one signature away from legalizing bitcoin

Ukraine is the fifth country in as many weeks to set basic ground rules for the cryptocurrency market, indicating that governments all around the world are recognizing bitcoin as a legitimate currency. The Ukrainian Parliament passed a measure legalizing and regulating bitcoin in a near-unanimous vote. The law was introduced in 2020 and is now on its way to President Volodymyr Zelenskyy’s desk.

Until now, cryptocurrency has lived in a legally murky area in Ukraine.
Locals were allowed to buy and exchange virtual currencies, but law enforcement kept a watchful eye on crypto firms and exchanges. According to the Kyiv Post, officials have taken a hostile approach to virtual currency, branding it a “scam,” raiding crypto-related enterprises, and “sometimes confiscating pricey equipment without any justification.” 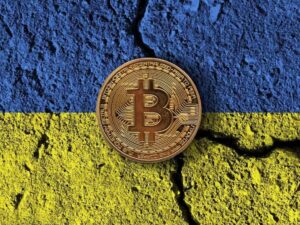 For example, in August, the Security Service of Ukraine (SBU) shut down a network of “clandestine cryptocurrency exchanges” in Kyiv, the country’s capital. The SBU alleged that these exchanges were used to facilitate money laundering and provide transaction anonymity.

In a first for Ukraine’s Verkhovna Rada unicameral parliament, lawmakers have attempted to define key terms in the field of crypto, stipulating some protections against fraud for those who possess bitcoin and other cryptocurrencies. Virtual assets, digital wallets, and private keys will be incorporated into Ukrainian law if signed by the president.

Unlike El Salvador’s decision to make bitcoin legal money, Ukraine’s crypto law makes it difficult to implement bitcoin as a payment method and does not put it on an equal footing with the hryvnia, the country’s currency. The former nuclear power’s move on Thursday, however, is part of a larger campaign by Kyiv to embrace bitcoin. According to the Kyiv Post, the country wants to open the cryptocurrency market to businesses and investors by 2022. Top state officials have also been promoting their crypto credentials to Silicon Valley investors and venture capital funds.

Last month, Zelenskyy spoke of Ukraine’s budding “legal innovative market for virtual assets” as a selling point for investment during an official state visit to the United States, and Minister of Digital Transformation Mykhailo Fedorov said the country was modernizing its payment market so that its National Bank could issue digital currency.

However, for bitcoin supporters like Jeremy Rubin, Ukraine’s new law and political promises are meaningless. “The increased legal position for bitcoin in Ukraine is a wonderful symbolic indication that we are progressing towards a future that universally respects individual rights,” stated Rubin, CEO of bitcoin R&D lab Judica. “However, it is merely symbolic – in its purpose to safeguard persecuted communities from unjust governments, bitcoin asks neither permission nor forgiveness.”

On September 8, the Ukrainian Parliament passed a crypto bill, allowing the government to regulate virtual assets and establish a formal crypto economy. So far, crypto activity in the country has been neither illegal nor legal, as it has in most countries, including India. The only thing that needs to happen now is for the President to sign the bill into law.

Ukraine has joined a lengthy list of countries that have incorporated bitcoin into their national legislation. El Salvador became the first government to adopt bitcoin as legal cash and keep it on its balance sheet just this week. President Nayib Bukele’s political future is fundamentally tied to the outcome of this statewide bitcoin experiment.

Also read: Is Apple’s decision to allow in-app purchases a win for crypto?