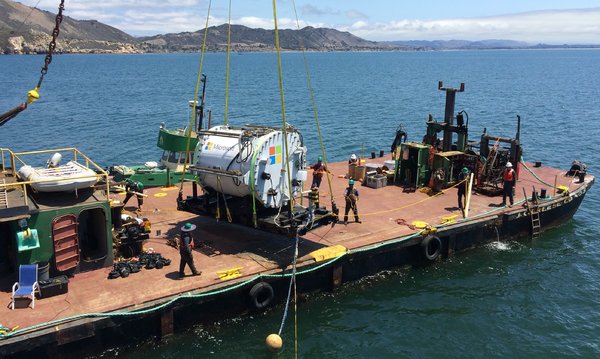 1 February, 2016, Washington: Crashing down of server has become a very common problem now days. This happens due to excess of heating of server which ends up crashing it down. Today’s data centres, that enables streaming of videos, social networking and email are connected to thousands of computer servers which generates lots of heat. This excessive heat is the major cause behind most of the server crash. In order to curb down the heat, one of the global software giant, Microsoft has come up with a technology that works Underwater. Company’s researchers believe that the future of data centres may lies under the sea.

By putting the data centre under the cold water, could resolve the server’s over heating issue. In its recent research, Microsoft had developed a prototype self-contained data centre that can be operated hundreds of feet below the surface of the ocean. With this development, company is planning to develop a technology which will certainly going to eliminate expanses involved in air conditioning of the server room.

The effort, code-named Project Natick, might lead to strands of giant steel tubes linked by fiber optic cables placed on the seafloor. “When I first heard about this I thought, ‘Water,electricity, why would you do that?’ But as you think more about it, it actually makes a lot of sense,” says Ben Cutler, Project Engineer, Project Natick.

“When you pull out your smartphone you think you’re using this miraculous little computer, but actually you’re using more than 100 computers out in this thing called the cloud. And then you multiply that by billions of people, and that’s just a huge amount of computing work.” commented Peter Lee,  Corporate Vice President, Microsoft.