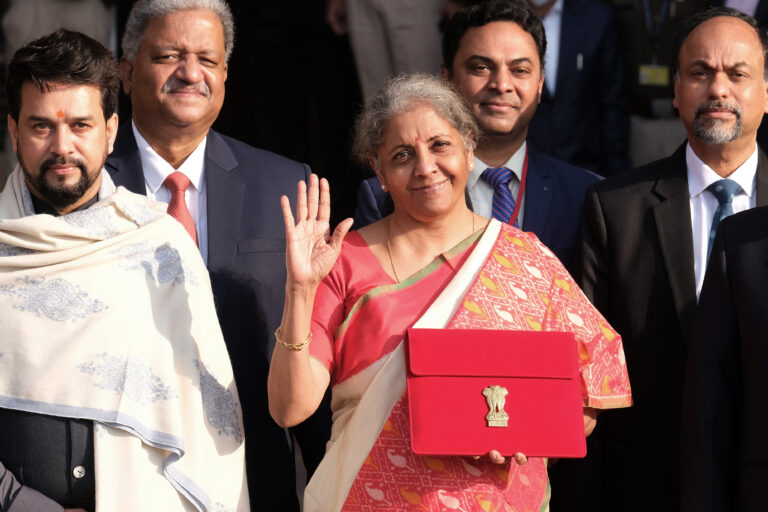 “A scheme for design-led manufacturing will be launched to build a strong ecosystem for 5G as part of the PLI scheme,” Sitharaman said in the Union Budget 2022. The PLI aims to make broadband and mobile connectivity more affordable in rural and remote locations.

In other words, the current budget includes a renewed commitment to improving rural connectivity and reducing the digital divide. As a result, under the BharatNet initiative, the government plans to finish laying optical fiber and connect all villages in India by 2025. “The contracts for laying optical fiber in rural areas, including remote areas, will be awarded under the BharatNet project through PPP in 2022-23,” Sitharaman added. She also stated that the project is planned to be completed by 2025, allowing key stakeholders to identify improved use cases for the optical fiber.

Spectrum auctions will be conducted in 2022 to facilitate rollout of 5G mobile services. A scheme for design-led manufacturing will be launched to build a strong ecosystem for 5G as part of PLI scheme: FM @nsitharaman #AatmanirbharBharatKaBudget pic.twitter.com/hVfdzF9jSi

To encourage R&D and commercialization of tech solutions and enable affordable broadband and mobile service in rural regions, 5 percent of annual collection under USOs fund would be allocated to the cause. Telcos are already exploring 5G use cases ranging from cloud gaming to drone applications. The government has approved telecom operators which include Bharti Airtel, Reliance Jio, Vodafone Idea, and MTNL to conduct 5G testing in India in May 2021. Telecommunications service providers (TSPs) have been permitted to conduct trials with their OEM and technology partners as long as they are not based in China.

The Department of Telecommunications (DoT) announced in December last year that Airtel, Vodafone Idea, and Reliance Jio have installed 5G trial sites in multiple locations. The government also stated in a release that the homegrown 5G Test Bed project, which was sponsored by the DoT, had reached the final stages and was projected to be completed by December 31, 2021.

In another move, the RBI has proposed introducing a “Digital Rupee” leveraging blockchain technology beginning in 2022-23. The Finance Minister also stated in her Union Budget 2022-23 speech that Rs 1 lakh crore in financial assistance to states will be granted in 2022-23 to catalyze investments.