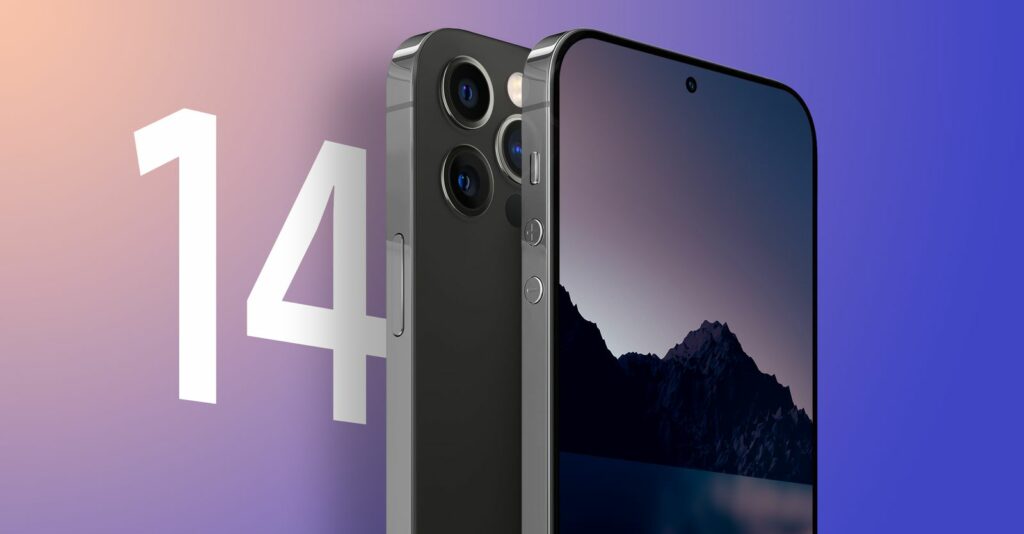 According to the Korean website The Elec, the high-end iPhone 14 Pro versions set to come in 2022 would include a hole-punch display.

The hole-punch cutout would allow Apple to deliver a bigger display area while still providing room for the front-facing camera, and it is a design that Android smartphones have utilized for several years. If Apple adopts this design, the Face ID hardware will have to be relocated beneath the display.

Two more non-Pro iPhones, measuring 6.1 and 6.7 inches, will keep the notch, with Apple reserving the hole-punch design for the more costly iPhones. Apple will discontinue the 5.4-inch “iPhone small” in 2022, replacing it with a four-iPhone range in 6.1 and 6.7-inch sizes.

According to the Elec, Apple would also source LTPO OLED panels for the iPhone 14 Pro models, allowing for 120Hz ProMotion refresh rates, a technology that was also employed in the iPhone 13 Pro models this year.

Samsung supplied the OLED panels used by Apple in the iPhone 13 Pro models, but in 2022, Apple may obtain certain screens from LG Display.

TSMC is likely to release new A-series “A16” processors on either a 3 or 4-nanometer technology. Each version of a microprocessor delivers advances in power and efficiency, and the A16 chip will be no exception.

Along with the X65, Apple is likely to release new satellite-based emergency capabilities that will allow users to send messages in an emergency and report accidents when there is no cellular service.

The back camera might also get a makeover, with Apple introducing a thicker shell that eliminates the camera bulge. If all goes well, the lenses, flash, and LiDAR scanner might be flush with the back glass.

Some of the upcoming iPhones may include a titanium frame, as well as a revised speaker and microphone grilles. Apple may also employ a new vapor chamber thermal technology to keep the iPhone cooler in order to mitigate the impact of quicker CPUs and 5G connections.

The camera on new iPhones is constantly improved, and the iPhone 14 is no exception. The Ultra-Wide camera will be improved, and there’s a chance that Apple will offer a “periscope” zoom lens that allows for considerably larger optical magnification, although it’s unclear whether this will happen in 2022 or 2023. The Pro iPhone models may also include 48-megapixel sensors and 8K video recording capability.