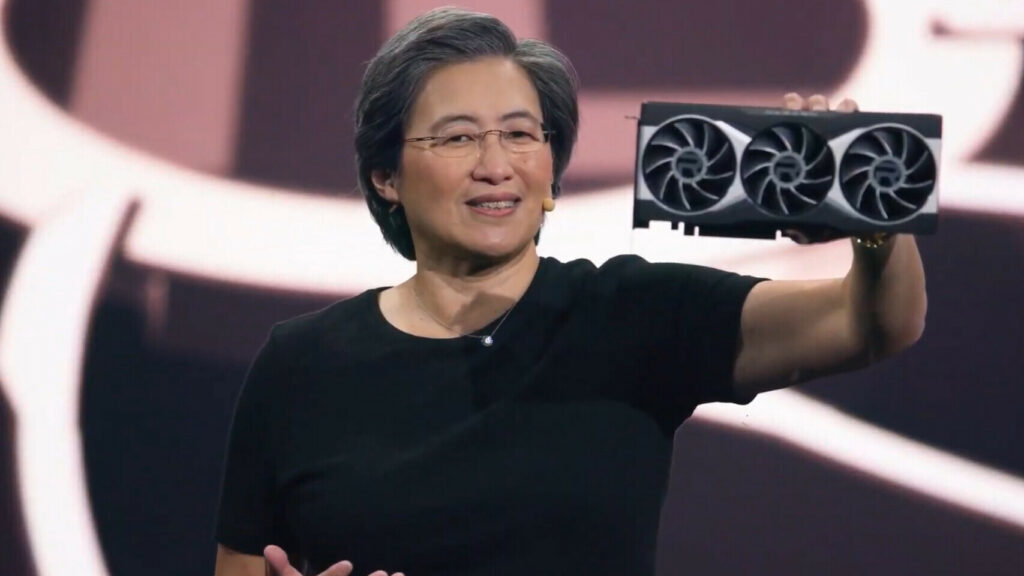 AMD may be working on new mobility graphics cards for gamers, now designated the RX 6000S series, according to a recent leak. The RDNA 2 6nm GPUs are said to be a revamp of the RX 6000 laptop range of graphics cards, offering a performance improvement while requiring less power.

Although there isn’t much information available on the supposed mobility graphics cards, there is plenty to piece together from several sources. The first and most significant change is the shift from 7nm to 6nm: The AMD RX 6000S is most likely to be built using TSMC’s 6nm technology.

It’s unclear which of the current AMD graphics cards will be updated. Some leaks mentioned the RX 6900M, while the most current speculations indicate that the RX 6800S will be the first in line.

Assuming that the card in question is the RX 6800S, we may assume the same bus and core count as the present 6800M GPU. That translates to 2,560 cores and a 192-bit bus interface. The clock speed, memory capacity, and bandwidth are all unknown for the time being, while the 6800M has a 2.3GHz frequency that the new card is anticipated to outperform.

The information was provided by Disclosuzen, a Twitter user whose account was just suspended. However, there are many sources behind this news – Greymon55, a well-known leaker, suggested a few months ago that AMD was preparing to upgrade its Navi 2X graphics cards.

Switching from a 7nm production node (on which AMD’s current laptop GPUs are based) to a 6nm process node might be advantageous, providing higher performance at reduced power consumption. According to TSMC, the semiconductor foundry with whom AMD collaborates to build these GPUs, the 6nm technology delivers 18% more logic density than the 7nm process.

It’s difficult to predict what type of practical performance benefits we may expect from the shift to 6nm this early on. One thing to keep in mind is that increased efficiency is never a bad thing in a laptop, and if the card becomes less power-hungry as a result of the transition, that will be a benefit in and of itself.

Because some of the finest gaming laptops on the market are slim and packed with components, decreasing the power consumption may help improve chassis temperatures.

Exciting things are approaching for individuals who prefer laptop gaming. AMD isn’t the only one planning to ship new mobile GPUs in the near future.

Nvidia is expected to reveal the RTX 3080 Ti and RTX 3070 Ti for laptops in early 2022, while Intel will release the Arc Alchemist GPU around the same time.

Given the situation of the graphics card industry today, additional GPUs are always a good thing. The new RX 6000S cards are expected to be released in early 2022 alongside the Ryzen Rembrandt APU series.