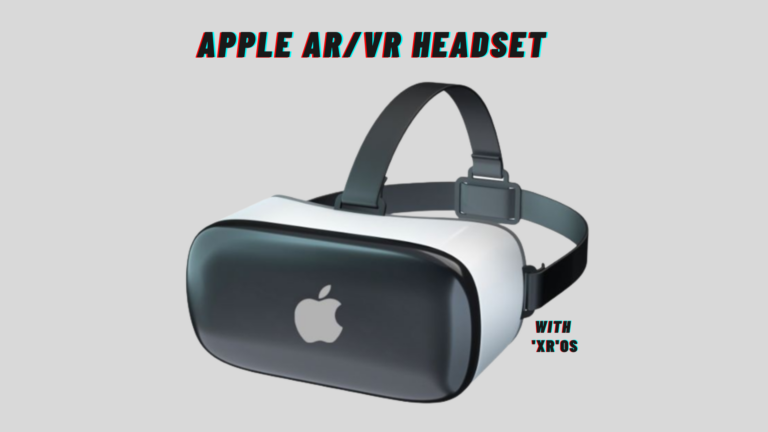 Upcoming Apple Mixed Reality Headset will be based on xrOS

We haven’t heard any news about Apple’s plans to release a new Mixed Reality headset in the upcoming year for quite some time. However, rumors are already in the air about the headgear.

There have been several reports regarding the style, features, and release date of this headset, and now there is another leak concerning the operating system it will use. If you have been anticipating the official release of this headset, we have all you need to know right here.

According to a recent leak about this upcoming Apple AR/VR headset from the well-known news source Bloomberg, Apple is purportedly developing a special operating system for the mixed reality that will be called xrOS after it is released.

According to additional leaks about the operating system for this headset, the Extended Reality (XR) term will refer to features that were influenced by both Virtual Reality and Augmented Reality.

Additionally, there are rumors circulating that even Meta will be utilizing the same moniker for its operating system for reality headsets.

Apple has been working on a project that is substantially different from other virtual reality headsets available today. The compatibility with both augmented and virtual reality will set this headgear apart from the future device.

A previous story claimed that Apple will formally refer to its operating system as Reality OS, but the proof from Bloomberg, which is the official trademark listing, demonstrates that the business would not be referring to its OS by that name.

Apple Inc. was reportedly observed giving trademark filings for its forthcoming devices, according to Bloomberg. The business could be seen filling up its listing on Deep Dive LLC.

We can conclude from all of the features and technical details that this headset will become an important component of the Apple ecosystem.

This forthcoming headset will be able to tightly interact with other goods including iPhones, iPads, Watches, Macs, and more thanks to the Apple ecosystem.

Apple will use it even if we don’t have any news to the contrary about whether xrOS will be the operating system! We will need to wait a bit longer before learning more.

Regarding the introduction of this Apple Mixed Reality headset, it has been stated that the Cupertino company intends to do so during the upcoming WWDC event, which will be known as WWDC 3023.

These headsets are now thought to be launching as a rival to the new Meta Quest Pro VR headset, which was only just released.