Update Your iPhone to Avoid Hacking: CERT With the sheer number of Apple Watches, Apple TVs and Apple Macs in use currently, a hacker could have millions of devices at their disposal.

The Indian Computer Emergency Response Team have discovered that some Apple products have some big drawbacks which make them an easy target for hackers and people with ill intentions. The three products in question are the Apple TV, Apple iWatch, and the Mac.

These three products have grown to become Apple’s biggest products after the iPhone. The Apple watch especially is slowly become the ubiquitous smart watch around the world. The smart watch field has also been growing consistently in the country and Apple has been taking a chunk of the market and growing every year.

the Indian Computer Emergency Response Team said last week that they have warned the company about the big drawbacks of the trio of gadgets. Arbitrary code execution, along with going past the inbuilt security can be done easily by a remote hacker very easily according to their study.

Arbitrary code execution refers to the ability of a hacker to run a code on the device they are trying to get into.

Apple has since released the updates which fixes these problems. The agency has since urged people to get the updates as soon as possible. This update means that Apple has admitted to the big mistakes they have made and even they do not know how many devices have been compromised due to this setback.

The Indian Computer Emergency Response Team is a government agency that is a part of Ministry of Electronics and Information Technology. It is the main agency that deals with cyber crimes and makes sure that the internet is safe from hackers and others with ill intentions. The agency was set up 18 years ago back in 2004 and its head office is situated in New Delhi. 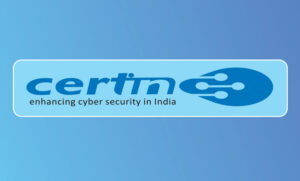 Apple’s swift software updates mean that the company can go back to being a company known for its security and privacy.

Hacking has been a big issue around the world now that digital life penetrated almost all walks of life. A hacker can get your personal information and take control of your device within seconds if you are not careful enough.

With complete control of this, they can have access to all your identification and bank details and can swindle your balance and savings within minutes. With all your identification as well, the hacker can impersonate you and gain even more data and access to other bank accounts and investments you have put your money into. Cyber security has become paramount over the past few years and it is up to the companies to make secure devices and software and it is up to the people to be educated on the matter.