Binance CEO Changpeng Zhao tweeted sarcastically that he is poor again. The tweet came in as a displeasure on how Terra and its ecosystem fueled the crypto market crash. In the market crash the CEO lost billions like all the other investors around the world. As we know, many people went on to loose their lifetime savings, education fee in the market crash, the news of Binance CEO losing out a huge sum doesn’t come as a surprise at all. Changpeng went on to comment about how Terra and its ecosystem failed the crypto market. 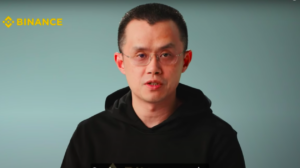 Changpeng recently acknowledged that his primary vision now is to protect the users on the platform, so they don’t lose more of their investments. He also emphasized on the errors that are being made by Terra’s team in planning the revival of the ecosystem. He acknowledged that he learned a hard lesson from the Terra’s crash in the market and went on by saying LUNA’s first design was flawed which promised to multiply tokens into infinite number of new tokens.

He quotes “Printing money does not create value; it just dilutes the existing share holders.”

After talking about the flaws of LUNA, he comments about the growth of Terra and called the growth empty because Terra emphasized only on measures to attract new investors with its existing tokens.

Terra’s mistakes according to Changpeng.

Primarily creation and advertisement of LUNA was a flawed one. Even though many people believed LUNA and went on to invest billions of dollars in it, the flawed ecosystem couldn’t save their fate. Changpeng also exclaimed that, the crash could have been prevented if the Terra team would have acted on their feet and used the Bitcoin reserves when the depeg was at 5%; instead, Terra kept it in halt. They went on to use the reserve with $3 billion when the loss went over $80 billion, a decision which looks stupid at least. Poor communication, also made a big dent in investors trust in Terra, claimed Changpeng. All these mistakes have created a big problem for Terra to be solved and as stated earlier, the solutions are looking far from reach in solving the issues.

It is true that Terra created a ruckus in the market by not acting wisely during the market crash. Changpeng’s frustration is justified as he lost billions of dollars in the market and also has lost lot of potential users who would have joined Binance as an exchange for trading their cryptocurrency. Will Terra be able to revive the market back and get back the value lost? Only the measures taken by Terra and its implementation and execution can answer.