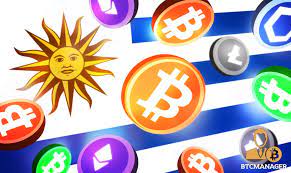 Senator Juan Satori, a member of the Uruguayan senate, is a supporter of Bitcoin. A senator introduced a bill in Uruguay that seeks the regulation and facilitation of the usage of crypto payments by businesses.

According to the bill, the licenses would be granted by Uruguay’s executive branch to organizations that comply with the anti-money laundering secretariat (Senaclaft) and the Central Bank of Uruguay. “All of these instruments will be free to use and will not require prior consent, permits, or licenses” for other transactions.

Cryptocurrency is utilized for commerce in Uruguay.

The government of Uruguay has proposed legislation allowing companies to accept cryptocurrencies as payment. If approved, businesses within the country’s authority will be able to accept it as payment for their goods and services. Cryptocurrency is used in Uruguay for business purposes.

A bill proposed by Sen. Sartori that would legalize the use of cryptocurrencies has been introduced in Italy.

Senator Satori is a member of Uruguay’s ruling party. With 10 of the 30 seats in the legislative chamber, the party has a majority in the country’s parliament. This might be a benefit for the law, which would allow the government to grant three different types of business licenses.

Businesses can “trade crypto assets” with the first license. The second license allows them to provide custodial services to its clients by allowing them to “store, hold, or maintain crypto assets.”The bill would allow the government to issue licenses to companies that operate in the financial sector.

El Salvador became the first country in the world to legalize Bitcoin, a virtual currency. Several other Latin American countries have introduced legislation to make digital assets legal money in their own countries.

The bill is expected to be voted, next month. These bills have primarily aimed to encourage the use of virtual currencies within their respective countries.

The National Party and its partners, who comprise the Coalición Multicolor alliance, have a majority in the Senate, with 17 of the 30 members.

Only one country has made bitcoin legal tender so far: El Salvador, which passed legislation earlier this year.