Coinbase, one of the world’s most popular crypto exchanges, has announced that users may now purchase bitcoin, ethereum, and other cryptocurrencies using their Apple Pay accounts, with Google Pay support coming shortly.

According to Prakash Hariramani, the company’s senior director of payments, investors would be able to withdraw up to $100,000 in one go. Although such a feature has been accessible since June, it was only available for Coinbase-branded debit cards. 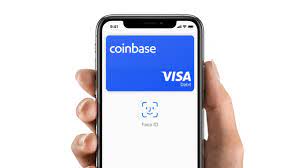 As long as their card is linked to their Apple Wallet, consumers who only have a VISA or MasterCard issued card will be instantly prompted by an Apple Pay choice. Google Pay will be accessible in the fall, according to Coinbase.

Why is it important to have Apple Pay or Google Pay integration?

Integration is critical for the average Joe since it lessens the hassle of moving payments through nontraditional channels. This is a method of withdrawing funds that consumers are already accustomed to, rather than getting a Coinbase debit card or creating a separate hard wallet.

The announcement is also significant for the broader crypto industry since it signifies the start of a collaboration between Coinbase and some of the world’s major payment companies, including VISA and MasterCard.

It’s also an indirect acknowledgment from Apple and Google, who are dipping their toes into the crypto sector, bolstering its hegemony.

The more straightforward payment option will soon be available to users in 20 countries. Cashing out will now be simple and convenient.

Coinbase is simplifying and speeding up cash-outs by incorporating Apple Pay and Google Pay. Instant cash-outs will be conducted through the Real-Time Payments (RTP) network, making settlements almost immediate, according to the corporation.

The RTP network will serve as a substitute for ACH (Automated Clearing House) transfers, which can take up to five days to complete. In addition, the new transfer protocol allows for limitless cash-outs each day.

In April, rival asset exchange Gemini, which is financed by the Winklevoss brothers of Facebook fame, took a similar move by adding Google Pay and Apple Pay cash transfer options on its website.

The Clearing House (TCH), a network and payments infrastructure operator that supports the largest banks in the United States, including Bank of America, Citibank, Wells Fargo, and others, manages the speedier RTP network.

Crypto exchanges are integrating the old with the new with caution

In terms of trading volume, Binance is the largest cryptocurrency exchange in the world, but Coinbase has been rapidly coming up. The latter is headquartered in the United States and traded on the NASDAQ, offering it significantly more credibility, stability, and flexibility in progressively integrating traditional banking systems with new ones.

VISA and MasterCard have also stayed on the bleeding edge of technology, actively updating their systems to include cryptography as a crucial component. In collaboration with crypto exchanges and other payment firms, VISA is actively rolling out crypto-to-fiat debit cards in a number of countries.

Meanwhile, MasterCard is testing a new capability to settle transactions with USDC, allowing crypto card issuers to sidestep the friction of direct crypto-to-fiat conversions. Card issuers will be able to take USDC — an Ethereum-based stablecoin and then exchange the stablecoin fiat cash for settlement with merchants in their local currency.