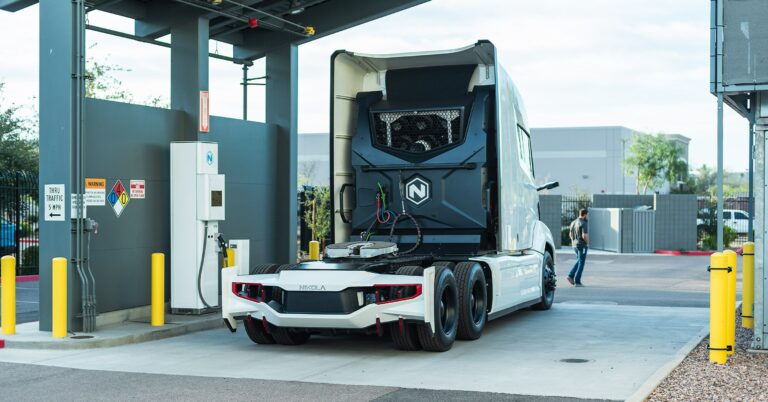 Nikola Motor Corporation received a $2 million grant to advance the research on autonomous hydrogen refueling technology. The Department of Energy (DOE) in the US awarded this grant stating it as part of making transportation cleaner and efficient.

The official website of Sustainable Transportation Office of Energy Efficiency & Renewable Energy states that the office “leads U.S. researchers and other partners in making transportation cleaner and more efficient through solutions that put electric drive vehicles on the road and replace oil with clean domestic fuels.” These new goals were announced this year as part of the hydrogen and fuel cells research and development program.

Furthermore, President of Energy and Commercial for Nikola Pablo Koziner said, “This funding is essential to advance key hydrogen fueling technologies that can improve the overall efficiency of fuel-cell commercial vehicles while maintaining the safety and reliability standards required,”

The department’s focus also includes Bioenergy. Further Pablo adds that hydrogen fuel is part of Nikola’s approach too. Stating, “The work we are doing with the Department of Energy and our partners on fueling technology is part of Nikola’s holistic approach to the hydrogen ecosystem, supplementary to our work on heavy-duty vehicles, infrastructure, and energy solutions.”

Nikola’s hydrogen-fueled truck is often compared with Tesla Semi. Both the trucks are not developed yet. However, the details planned by Nikola seem affordable options in terms of maintenance and durability. While electric trucks have their own disadvantages of getting power from the grid. Hydrogen fuel vehicles last longer and can be sold at affordable prices. Despite all the arguments, both of them have unique challenges.

Nikola plans to develop autonomous vehicles as hydrogen fuel-powered vehicles. These vehicles will be “fast, efficient, and safe fueling of a large onboard storage system to be less than 20 minutes for heavy-duty vehicles.”

Interestingly, the company’s co-founder and former CEO,  Trevor Milton was recently indicted of fraud and other charges. Milton left the company as a result of misleading shareholders about the capabilities of their technology. While their technology isn’t ready yet, and this news came out as “Every executive in America should be horrified.”

Under the new CEO, Mark Russell, Nikola seems to be getting its targets straight. As per their targets, the hydrogen fuel truck deliveries will start by 2022. The company is also focusing on ramping hydrogen fuel production from renewable sources by 2023. Nikola investors got through substantial loss last year during the Trevor Milton case.