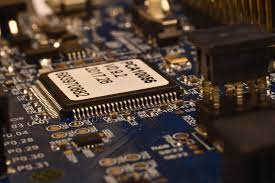 US Strategies Its Investment Plan For Semiconductors
Home
News

US Strategies Its Investment Plan For Semiconductors

The US has come up with a plan on how it is going to spend its funding for the Chips for America project. According to reports, the department of Commerce has been also involved in the formulations of the strategies.

According to reports, a brief sneak peeks of the bill now turned into law brings out that, the US is planning to invest around $50 Billion. According to information divulged by the New York Times, the investment plan envisages investing in building new plans. The remaining half of the investment money is expected to use up for upgrading the current infrastructure.

Once In Lifetime Opportunity

Secretary of the Department of Commerce, believes the investment plan on chips to be once in a lifetime as well as once in generation opportunity to strengthen research, innovation as well as security of the country. She added that by working at a faster pace they should also ensure to get it right. This is one of the reasons behind bringing out the plan , she concluded.

A  New York Times article brings out that, it is expected that around $28 billion would be utilized for developing new facilities for making processors. The estimated break says.

According to reports, the government is also placing a curb on sending the chips outside the country. Reportedly the country is contemplating placing a ban on making an investment in China, having links to funding from the country.

According to reports, there are discussions over companies making investments in firms associated with China. However, confirmation on the development is still awaited.

Recently China and USA have been grappling with the CHIP crunch. Recently a US state governor paid a visit to Taiwan which is known as the epicentre of Chip manufacturing to sign a deal. There has been a chip shortage due to the rising demand from the Cryptocurrency industry and due to the imposition of lockdown.