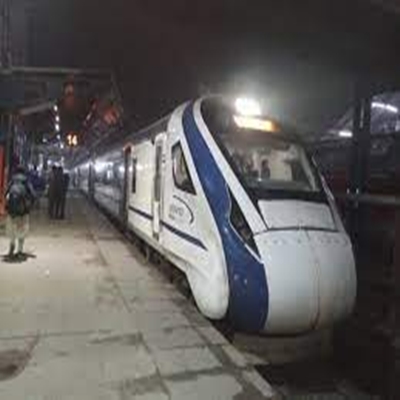 According to reports, the third version of the Vande Bharat train managed to clock at a speed of 100 Km/hr in less than a minute of the time period. Reports also bring out that, the train on the trial run managed to cover close to five hundred kilometres in a total duration of five hours and fifteen minutes. Reportedly, it also took less than time in its return journey.

Reportedly, the indigenously manufactured Vande Bharat train comes with improved amenities for passengers. The new train is expected to come up with wifi facilities, and other new facilities.

According to reports, the current Vande Bharat trains weigh 38 tonnes lighter compared to its predecessor. Ashwani Vaishanav talking about the speed said that the new Vande Bharat expres takes just two minutes and ten seconds to clock the speed of 160km/hr.

Comparatively the previous version of the Vande train took 16 seconds more to clock the same speed. According to the statements from the Railway Minister, the focus of Indian Railways also includes taking care of railway tracks.

According to reports, the maximum number of people who can be accommodated on the Vande Bharat train is more than a thousand. The new Vande Bharat express trains also contain a system to avoid collisions. Railways Minister Vaishnav has termed the development as a proud moment for the country.

The minister also said it would take the world to be shocked to see the speed. The minister said, all the necessary formalities of the trial has been completed. Vande Bharat trains were launched in the year 2019 by Prime Minister Narendra Modi.