The Venezuelan authorities are scouting for 23.66 bitcoins (BTC) worth $1.15 million they think to belong to a scammer that faked kidnapping himself in order to take the coins.

Authorities allege that after the Venezuelan’s suspected abduction, his clients’ Binance accounts have been drained. Authorities believe Hernandez may have orchestrated the kidnapping. The police think Hernandez “simulated an abduction where his kidnappers allegedly compelled him to join the Binance platform and conduct transfers to other digital wallets, emptying all the crypto assets in question,” according to Rico. 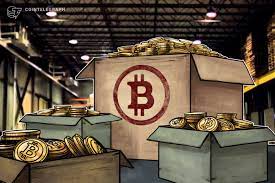 Authorities allege that Hernandez amassed 23.66 BTC by posing as a financial adviser to several local investors before soliciting Bitcoin. In the past decade, Venezuela has been a global hotspot for Bitcoin adoption, with residents of the country turning to crypto-assets to combat the chronic hyperinflation that has plagued the country.

Cryptocurrencies serve as both a means of storing value and accessing international markets to Venezuelans as well as providing a way for Venezuelans to convert their assets into U.S. dollars.

The Venezuelan government has attempted to capture the local digital asset market by mandating the use of a cryptocurrency backed by oil. However, despite its launch, there are few indications that the currency has gained widespread acceptance among the local population.

If you find this article informative then do share it with friends and family!

Warren Buffet donates $750 to his family