Vivo India and the government of India have been tussling over the past few months due to a probe and it doesn’t seem like the matter is going to end any time soon. Now, in the latest update of the case, the company on the 8th of July moved the High Court of Delhi as many of the bank accounts of the company were frozen by Enforcement Directorate, one of the government agencies that have been leading the investigation.

According to the Enforcement Directorate, Vivo India has been accused of taking part in money laundering activities and due to which the Delhi High Court has given the green light to open this case and hear their plea today in such short notice. 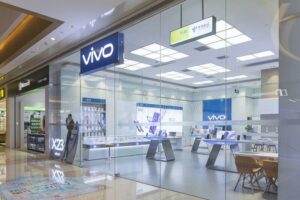 Vivo India have said that the freezing of bank accounts not only slows down their business and operations by a lot but also has adverse effects on their employees who are based all across the globe.

According to Vivo India’s LinkedIn they have between 5001, and 10,000 employees at the company.

The Enforcement Directorate on the 7th of July said that almost 50% of the total profits of the company that amounted to Rs. 62,476 crores were sent out of the country and mainly to their parent company situated in China.

Due to this, the company said that they had incurred big losses so that they could shy away from paying taxes to the Indian government. They even accused 23 other firms that assisted Vivo India in this.

The investigation has also been going on in full flow with the agency even raiding almost 50 different locations of the company including a distribution company linked to Vivo that has been accused of being established with forged papers.

Two months ago, the company made headlines as they were accused of various financial irregularities.

Over the past few months, the Indian government has been cracking down and locking horns with various Chinese based companies, with various companies such as Xiaomi and ZTE Corp all facing investigation and unexpected raids. It seems like this is not going to end any time soon.