Walmart is all set to bring drone delivery to Pea Ridge, Arkansas 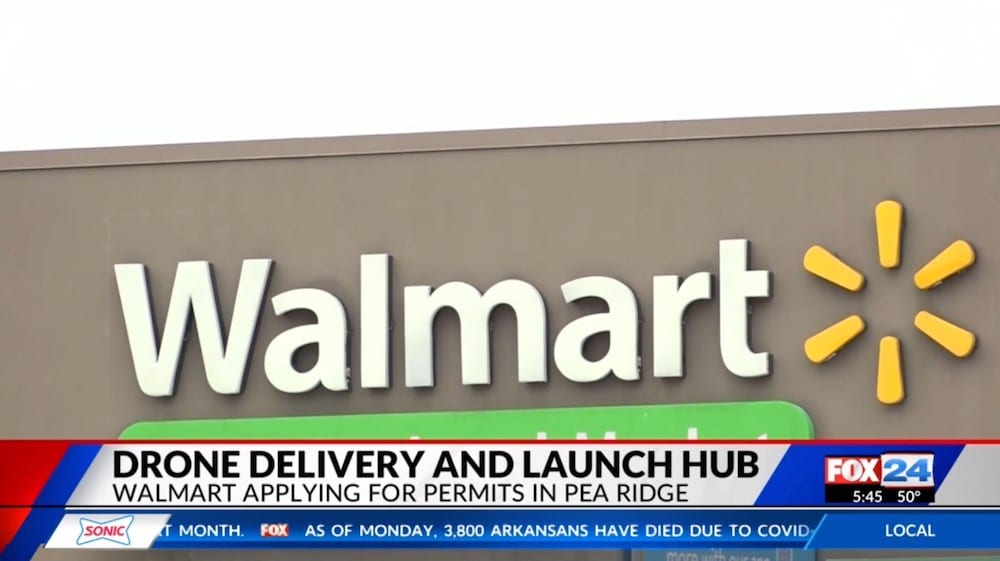 Walmart operates one of the largest chain of hypermarkets in the world which includes grocery stores, discount departmental stores, and more. Headquartered in Arkansas, the American multinational company is bringing the new age of delivery to Pea Ridge, Arkansas- Drone delivery.

According to recent reports, Walmart has partnered with Zipline International to launch drone deliveries in Pea Ridge, North Arkansas. The plan is to use drones to deliver medical supplies in a limited area while keeping the benefits of drone deliveries over normal on-road deliveries.

According to reports, Zipline will operate the drones from Walmart stores in North Arkansas but only within a 50-mile radius which is great for now as a 50-mile radius can theoretically cover the entire state of Connecticut, as noted by Fox 24.

Drone deliveries will be quicker than usual, about every delivery made within the hour. Drones will eliminate carbon emissions and honestly, it will be cool to have drones get my medicines for me. What about some disadvantages? Well, we are not too sure of the disadvantages but did Walmart and Zipline think of bad weather? I guess we will have to switch back to the conventional delivery system in case of bad weather.

Anyhow, Zipline operates the largest drone delivery network in the world since 2016 and the company mainly focuses on speedy delivery of on-demand medicine supplies. The company has a great reputation in the market for drone delivery and its partnership with Walmart will enable its national-scale operations in the United States.

Walmart is merely giving Zipline a platform to associate with and carry out its operations while reaping the benefits of on-demand delivery, quick delivery, and carbon-emission-free delivery.

Zipline operations have been witnessed in many cities including Pea Ridge, and soon it will carry out its operations on a national scale. Trials are under process and the delivery of delivery drones from Zipline will take place near Walmart’s headquarters in North Arkansas.

The only thing that is stopping the two companies to begin operations is the green signal from the Federal Aviation Administration.

So, if you live in Pea Ridge, Arkansas, get ready to get your medicines delivered through drones. However, I have one concern. There better be a notification system or a call system when the delivery is made, because otherwise, how will a drone ring the doorbell?