WhatsApp Could Soon Let Users Appeal For Their Banned Account 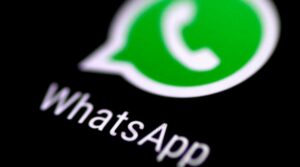 The tech giant WhatsApp is famous for prohibiting users who violate the guidelines of the social media platform. As of now, several users’ accounts have been banned on the platform for not abiding by the rule and regulations of WhatsApp and they could not challenge the decision of the platform or get back their WhatsApp ID. But now the tech giant is planning to come up with a new feature that will allow the prohibited users to appeal for their account ban and get back their account.

As per reports, this new feature which is currently being tested by the company will be made available for both android and iOS operators. The person whose account gets blocked by the company will have to give some information to the tech giant which would be probed further and verified whether the reasons for reversing the banishment are legal or not.

It had happened a lot of times in the past that the platform had banished an account by mistake and the user could not get it back as there was no way to challenge the verdict but now in these circumstances, if the user demands to reverse the ban, his appeal would be granted and the person can get back his account easily.

This new feature of the tech giant was first noticed by the WABetainfo where the beta version of it was made available for the users earlier this week.

Several reasons aid in the banishment of an account on the social media platform. The company studies a mixture of machine learning and user reports before taking action against any account. The social media platform also warns its users to abstain from making a group on the platform using the dehumanized method. The company also cautions people from downloading the app from any other party other than the Google Play store on Androids and Apple App Store on iOS.

This new feature getting added to the platform appears to be rational as it would assist users to get back their accounts. The company keeps on carrying out trials for new features one such is the feature to keep an eye on the menstrual cycle for which the tech giant has collaborated with a female hygiene firm. If this feature comes into action it will be the first in India where an online messaging application is being used to keep a track of the menstrual cycle.