Why did Virgin Galactic (SPCE) stock plunge after historic launch?

On Sunday, Virgin Galactic (SPCE) launched its first fully crewed mission, which took Richard Branson into space. The stock of SPCE dropped as the firm filed to sell its equity.

The business said on Monday that it wants to sell up to $500 million in stock in a regulatory filing.

The company’s fourth trip to orbit since 2018, which took place on Sunday, not only means the company’s billionaire founder beat Blue Origin’s Jeff Bezos to space, but it’s also critical to the commencement of commercial service. 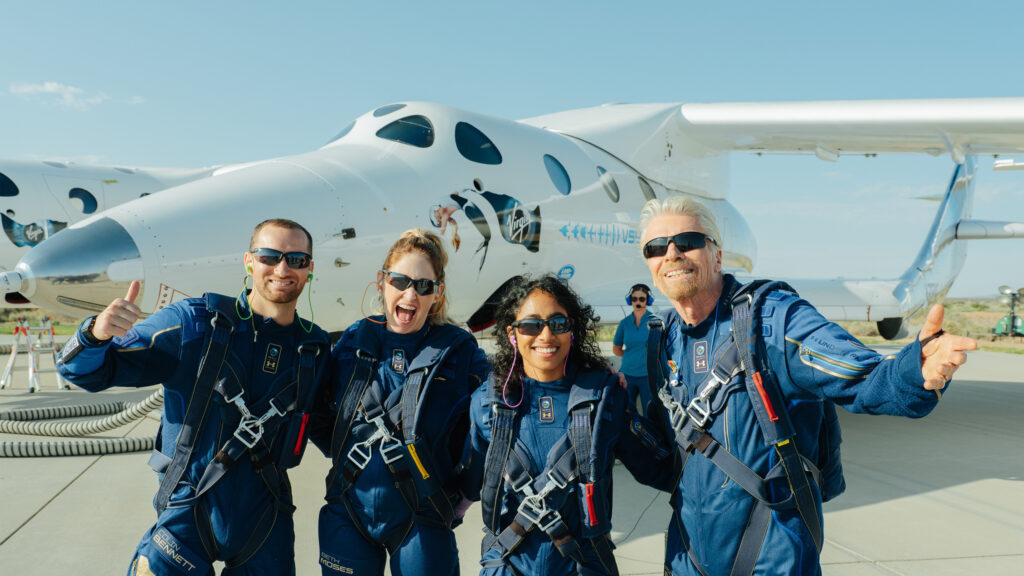 On Sunday morning, the Eve mother ship, carrying SpaceShipTwo, made out from Spaceport America in New Mexico.

Virgin Galactic’s shares dropped more than 14% after the company filed notice of its stock sale offering with the Securities and Exchange Commission. Due to volatility, trading in Virgin Galactic was momentarily suspended Monday morning.

Virgin Galactic has 240 million outstanding shares, 164.6 million of which are accessible for public trading – known as float. Virgin’s $500 million sale would amount to almost 10.2 million shares based on Friday’s closing price of $49.20.

After jumping as much as 7% in premarket trading, the stock was trading at $41.96 at 2:15 p.m. ET. In anticipation of this progress toward commercial service, the stock has risen more than 80% so far this year.

Why are the stocks going down?

The stock’s rise might just be a case of an old Wall Street proverb that says, “Buy the rumour, sell the news.” It’s crucial to remember that the market is always looking ahead, and news from tomorrow will be discounted today. That’s why, when things don’t go as planned, stocks make huge, abrupt moves.

Earlier this year, something similar occurred. In early May, Virgin Galactic’s shares plummeted due to unexpected test delays, leaving investors in the dark about when testing would resume. Without unexpectedly, testing resumed, and shares soared. Then came the news of Branson’s test flight.

Virgin Galactic has insisted that it is not competing with other commercial space firms and that it is working on its own schedule with a focus on safety. However, the trip occurs little over a week before Jeff Bezos, the wealthy founder of Amazon (AMZN), prepares to go into space on July 20.

From the beginning, New Shepard was designed to fly above the Kármán line so none of our astronauts have an asterisk next to their name. For 96% of the world’s population, space begins 100 km up at the internationally recognized Kármán line. pic.twitter.com/QRoufBIrUJ

The Federal Aviation Administration is prepared for a surge in commercial airline debuts.

The regulator said on Thursday that a system to track space launches and re-entries had been enabled.

The FAA reported 45 space launches last year, but it expects to exceed that record this year, with more than 70 launches anticipated.

The VSS Unity from Virgin Galactic is planned to carry up to six passengers as well as the two pilots. About 600 seats for future trips have been reserved, with costs ranging from $200,000 to $250,000 apiece. While passenger ticket sales have yet to be announced, Bernstein anticipates a higher price range of $400,000 to $500,000.

Virgin Galactic has also announced a partnership with Omaze, a sweepstakes firm, to give two tickets on “one of the first commercial Virgin Galactic spaceflights” early next year.