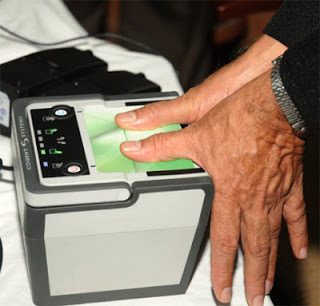 As per the report by Wikileaks, Central Intelligence Agency (CIA) is using a tool name- ExpressLane to gain the access to Aadhaar database. The Indian government dismissed the claims.

CIA is a civilian foreign intelligence service of the United States federal government which gathers, processes and analyzes national security information across the globe mainly through the use of human intelligence.

ExpressLane, a tool designed by Cross Match Technologies, is installed and run with the cover of upgrading the biometric software by OTS agents that visit the liaison sites. Liaison officers overseeing this procedure will remain unsuspicious, as the data exfiltration disguises behind a Windows installation splash screen, Shelley Kasli reported.

Noida-based Smart Identity Devices Private Limited is Cross Match’s Indian partner for the UID program. As of 2014, Smart ID was involved in UID enrollment in Jharkhand, Tamil Nadu, Orissa, Uttar Pradesh, West Bengal, and Madhya Pradesh and has drawn 1.2 million citizens into the Aadhaar program. The company received the Certificate of Approval from the Indian Government in 2011. Cross Match Technologies hit the headlines in 2011 when it was reported that the US military used a Cross Match product to identify Osama bin Laden during the assassination operation in Pakistan.

Recently, a software development engineer Abhinav Srivastav working in Ola‘s head office at Koramangala was arrested for stealing confidential Aadhaar data obtained from the site in an unauthentic way. (Image- The Hindu)