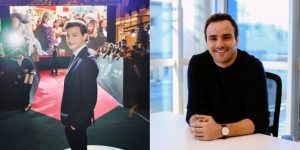 Wonder Dynamics recently raised an amount of $2.5 million and it intends to use the investment in equipping Indie filmmakers with AI-powered VFX.

Visual effects are of utmost importance when it comes to film production. However, more often than not, money becomes a roadblock for independent creators. Wonder Dynamics is all set to use artificial intelligence to bridge this gap and make these processes easily accessible to all filmmakers at an affordable and manageable budget.

The company was founded in 2017 by VFX engineer Nikola Todorovic and actor Tye Sheridan. The duo met on the sets of Rodrigo Garcia’s film Last Days in the Desert, which built the foundation for the company. They both had innovative ideas which could prove to be of substantial help in democratizing tools that can smoothen the accessibility to the tools for film production.

Wonder Dynamics still hasn’t given a clear picture regarding its tool and the possible functions it can perform. As per the account of Deadline’s Mike Fleming Jr who witnessed a limited demo,

“I could see where it will be of value in the area of world creation at modest budgets. The process can be done quickly and at a fraction of a traditional cost structure.”

The tool is called Wallace Pro, and according to Sheridan and Todorovic, rather than adding a final touch or effect, the tool will take over the work of certain VFX classes. The platform will be of substantial help in speeding up the production process particularly for content that involves CG characters and digital worlds. Through automation of the objective parts of the process, it will lead to a reduction in production costs as well. The creative part will rest in the hands of the artists.

This platform will be of significant help to filmmakers to realize their vision without the added challenge of high costs. As per the account from the founders, it can be “applied to all three stages of filmmaking.”

Founders Fund, Cyan Banister, the Realize Tech Fund, Capital Factory, Mac Venture Capital, and Robert Schwab took part in the seed round which raised a total amount of $2.5 million. The investment partners are well aware of the effects and benefits that can arise from the intersection of technology and film.

The investment will be used by Wonder Dynamics to further develop and improve the product by giving a speed boost to its engineering and VFX teams.