Workhorse is another meme stock in the market

The Workhorse Group, Inc. is a tech firm. The company’s main focus is on offering commercial transportation solutions. The firm develops and manufactures high-performance electric cars and planes. It also creates cloud-based, real-time telematics performance monitoring technologies as part of its offerings. Unlike many other EV businesses, WKHS is now building and delivering vehicles, rather than being in the pre-revenue stage. In the first quarter of 2021, it made $521,000 in revenue. 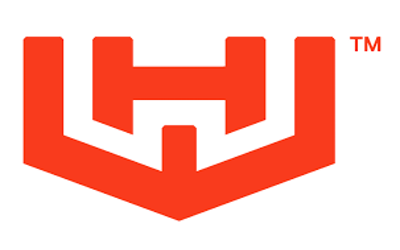 Workhorse Group Inc. (NASDAQ: WKHS), has increased its stock by more than 70% in the last month. The business filed a formal case with the United States Federal Court of Claims on Wednesday, contesting the award of a contract to Oshkosh for the next generation of USPS delivery vans. That contract was granted in late February, and Workhorse’s stock price dropped by more than half as a result of the loss.

High trading volumes are typical of meme stocks, which are defined by massive buzz on social media sites such as Reddit, Twitter, and Discord rather than any underlying strength of the firm. Short interest in these equities is typically strong among institutional investors, increasing the risk of a short squeeze, in which stock prices begin to rise amid a social media frenzy, pushing short sellers to leave their positions. As short sellers begin to buy in order to square off their positions, a snowball effect occurs, resulting in the stock’s price skyrocketing.

WallStreetBets, a Reddit group, has a reputation for initiating massive short squeezes, sometimes pushing up equities well beyond what Wall Street feels they’re worth. One of the most recent stocks of interest in the group is Workhorse (WKHS).

Stocks having a lot of short interest are popular among WallStreetBets traders. It appears that its short interest is significant enough to cause a short squeeze.

Short squeezes fuelled by Reddit have pushed Clover Health, BlackBerry, GameStop, AMC Entertainment, and other companies to new all-time highs. However, because such companies have a tendency to collapse as soon as they rise, it’s a good idea to conduct some research before investing. Workhorse stock is currently in the hands of dealers. Fundamentals are unlikely to have a significant role.

However, unlike some other EV businesses, WKHS has a market valuation of just approximately $2.1 billion and is actually delivering vehicles. At this moment, the stock does not appear to be overvalued, and if Reddit traders can squeeze out the shorts, we may see some near-term gains.