World Bank’s refusal to back El Salvador opens door to a number of reactions on Twitter.

El Salvador has been making news for a while now with its historical move of legalizing bitcoin. A move that is supposedly revolutionary and which might go down in the history of crypto as a milestone move. The decision of the country was received with applause, crediting the president for his futuristic vision and prudence. However, seems like the World Bank is not convinced enough about the viability of the move. El Salvador’s hope of getting technical aid from the World Bank for implementing bitcoin was turned down stating environmental and transparency concerns. 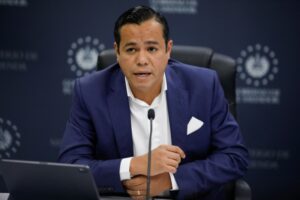 According to a spokesperson at the World Bank,

“While the government did approach us for assistance on bitcoin, this is not something the World Bank can support given the environmental and transparency shortcomings.”

Looks like history is not made in the blink of an eye. The response from the World Bank has attracted the attention of a number of bitcoin enthusiasts and Twitter has been filled with reactions, responses, and memes ever since the news came forth.

Here is a set of reactions and responses from Twitter reflecting the opinions of people around the world.

Seems like the actual issue is a lack of knowledge.

CORRECTION: The World Bank hasn’t figured out how to make money off bitcoin. https://t.co/Cjh3A254Cb

One has to take care of one’s back.

However, some truths are hard pills to swallow.

Bitcoin will do more for El Salvador than the World Bank ever could.

Apparently, turning down the request for support has resulted in a lack of support for the World Bank itself.

Hey World Bank, you and the IMF, you can go f*ck yourselves

You financial arsonists and terrorists *caused* the problem – now #Bitcoin is going to fix it https://t.co/483VrDYrTg

We never run short of ironies.

The @WorldBank saying they can’t help El Salvador’s Bitcoin implementation because of “environmental and transparency shortcomings” is rich.

As if the World Bank has worked in transparent and environmentally-friendly ways over the last five decades 😂 https://t.co/gkXTELBNBE

Delving deep, some facts are making their presence known.

According to The World Bank in Section 12 of Article V of their founding charter, they must accept #bitcoin from El Salvador 🇸🇻 pic.twitter.com/blbFGdmDc3

No is not always an easy way out, and the responses on Twitter underscores that.

The IMF and World Bank confirmed this week what we have been saying for years.

They don’t care that half the world is unbanked and could benefit from Bitcoin. They pose as humanitarian financial institutions but they are parasites. Their actual priority is power and control.

And some questions for which answers are still in the fog.

But #Bitcoin is a public ledger that is fully auditable. When was the last time the FED was audited? 🤨

Looks like the World Bank rushed head straight into what it was trying to avoid, just like Oedipus did.

The IMF & World Bank are directly responsible for many of the current hardships faced by LATAM countries. This animation explains why#Bitcoin pic.twitter.com/s3G8rtcKGJ

The accusations are gaining momentum by the minute.

I mean you didn’t really think that the criminals at the World Bank would support El Salvador hopping on the #Bitcoin bus did you? pic.twitter.com/YlmNSFYKcX

There shouldn’t be a “world bank”

Or perhaps, technology is not everybody’s cup of tea.

World Bank doesn't know what to do with Bitcoin yet. #BTC #Bitcoin . They will understand.