You fix up soil and you can fix up everything: Sadhguru, Founder of Isha Foundation Let 10 nations deploy Navy with their equipment, Oceans will be cleared of plastics in six months: Sadhguru 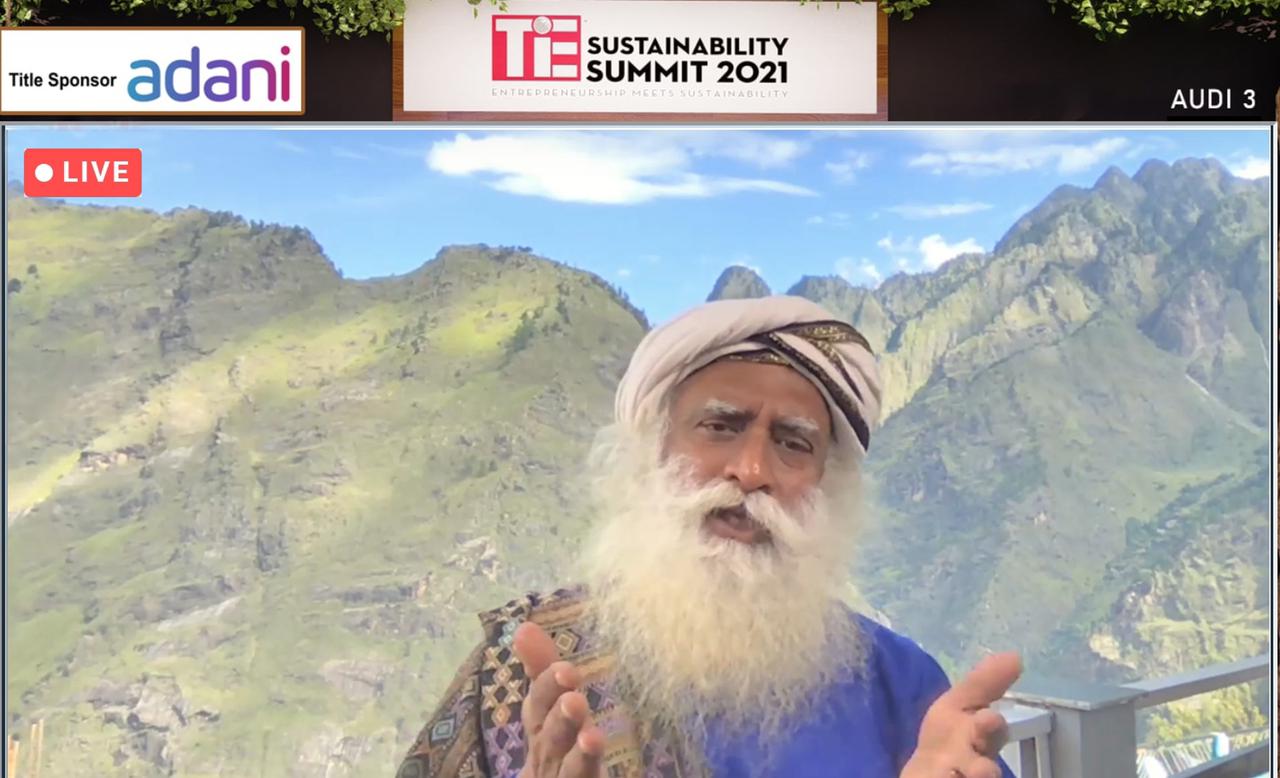 Speaking on Leverage Indian Traditions for Global Sustainability, on the day 2 of the ongoing TiE Sustainability Summit, the world’s largest summit on sustainability by organized by TiE Hyderabad, Shri Sadhguru, Founder of Isha Foundation said soil is very crucial to the environment. You fix up the soil and you can fix up everything.  The soil is losing its fertility.  The soil is being abused.  Without feeling for soil, we cannot have human beings’ emotional connection.

The organic content of the soil is degrading. 62 per cent of India’s soil has less than 5% organic content. If it continues, we may face food shortage by the year 2035 or 2040. The soil will lose its fertility and will be unable to produce food, Sadhguru warned.  87% of the world’s life lies 30 to 36 inches in the soil.  We have soil fit enough to grow only 80 to 100 varieties of crops.

We are producing tomatoes in labs.  We are excited.  Is this what we want?.  You destroy soil and produce crops in the lab, he questioned people.

Air quality in Delhi is bad.  Plastic menace in Mumbai streets is the worst.  Chennai has a water problem.  These are not ecological problems. They are Civic Problems.  We are painting all civil issues as ecological problems.  Most of these narratives are controlled by urban people. Scientists speak, but they don’t have a voice. And they speak in a language no one understands.  Why are ecological issues not addressed by the authorities? he asked.

We need the right kind of law to fix many problems and issues.

The plastics menace can be fixed now.  But, the issue of soil is not like that. It will take years to regain fertility.  There must be a 3% organic content in every soil. We have a designer fertilizer. But that is not the answer, he told the virtual global audience.

Speaking about population exploitation, he said, our life expectancy in 1947 was 28 years and now it is 70 plus years. That is because of development in medical fields.  You can postpone death, why not birth, so that the population can be controlled.

80% biomass insects have disappeared in the last 30 years, he said.

Speaking about plastics he said let ten nations deploy their navy with their equipment, we can make our water bodies, especially oceans plastic free in six months, Sadhguru said.  Plastics as such are not bad.  It must be recycled.  It is human irresponsibility that is the main problem polluting oceans with plastic waste, he said.