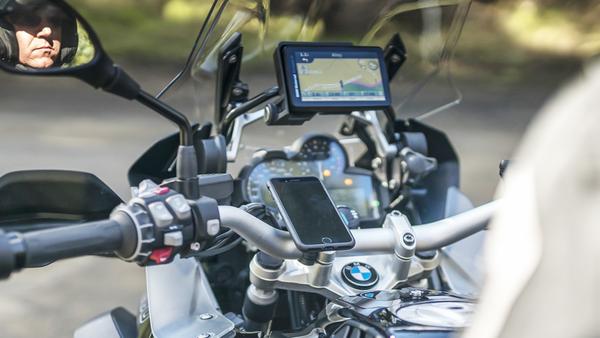 Your favorite iPhones, your expensive iPhones must be handled with care! It is equivalent to a piece of jewelry, only it will break if you drop it on the concrete ground. It costs thousands of dollars for the Pro versions and you would never want to test its structural integrity by deliberately dropping it or throwing it. Apple has always been issuing warnings for iPhone users on how not to handle their products and recently, there has been another one.

If you are someone who mounts their iPhones to motorcycles for navigation purposes or any other reason, stop doing that with immediate effect because it will ruin your camera and Apple won’t guarantee replacement, maybe!

As mentioned in a report by MacRumors, Apple has issued a warning, saying that high amplitude vibrations on motorcycles, especially the high-power and expensive ones, can damage your iPhone cameras through handlebar and motorcycle body transmissions. As mentioned in a report by Engadget, you can Google search and look for yourself, how many users have issued complaints against Apple for this damage. So, if you are planning to buy a motorcycle mount for your iPhone, drop the plan or lose your thousand-dollar worth of iPhone.

According to reports, Apple explains how this damage occurs and the reason why your motorcycle vibrations can damage your iPhone cameras. Apple iPhones have two main technologies that round up an iPhone’s popular camera system; the first one is Optical Image Stabilization and the other one is Closed Loop autofocus. The technology giant says that both of these features can be damaged permanently by prolonged exposure to high-amplitude vibrations. As detailed in a report by Engadget, the Optical Image Stabilization in iPhone cameras make it possible for the iPhone’s gyroscope to sense movement. This feature does a great job at preventing blur pictures if the camera person moves while taking a photo.

On the other hand, the Closed Loop autofocus feature includes magnetic sensors that measure vibrations to stabilize the camera at times when there is a movement so that the lens can be positioned accordingly to take the best shot.

These two hardware technologies used in the iPhone camera system can be ruined by high-amplitude motorcycle vibrations. Apple says that both of these features are pretty standard for iPhone cameras since the launch of the iPhone 7.

There is no definitive explanation as to why this warning has been issued now but we should be glad that it is here. So, avoid mounting your iPhones to motorcycles and protect your precious expensive iPhones.