Zomato, the restaurant search app, announced today that it has acquired Urbanspoon for an undisclosed amount in an all-cash deal. The acquisition marks Zomato’s entry into the United States.

This also establishes Zomato’s presence in Australia and Canada, while adding to its already dominant position in United Kingdom and New Zealand. After the acquisition, Zomato will be present in 22 countries across the world. Its restaurant coverage will increase from about 300k restaurants to more than 1 million restaurants across the globe. Zomato’s traffic will more than double from about 35 million visits per months to more than 80 million visits per month, probably making it the largest restaurant search company in the world.

Deepinder Goyal, Founder and CEO of Zomato, said, “Our US entry has been in the cards for a while now, and we’re delighted to be doing so by welcoming Urbanspoon into Zomato. They have a strong presence in the US and the UK, and they also dominate restaurant search in Australia and Canada. Urbanspoon has a huge following, and is home to legions of people who are as passionate about food as we are. We will soon be integrating the two products to bring the best of both products to our users in the United States as well as the rest of the world.” 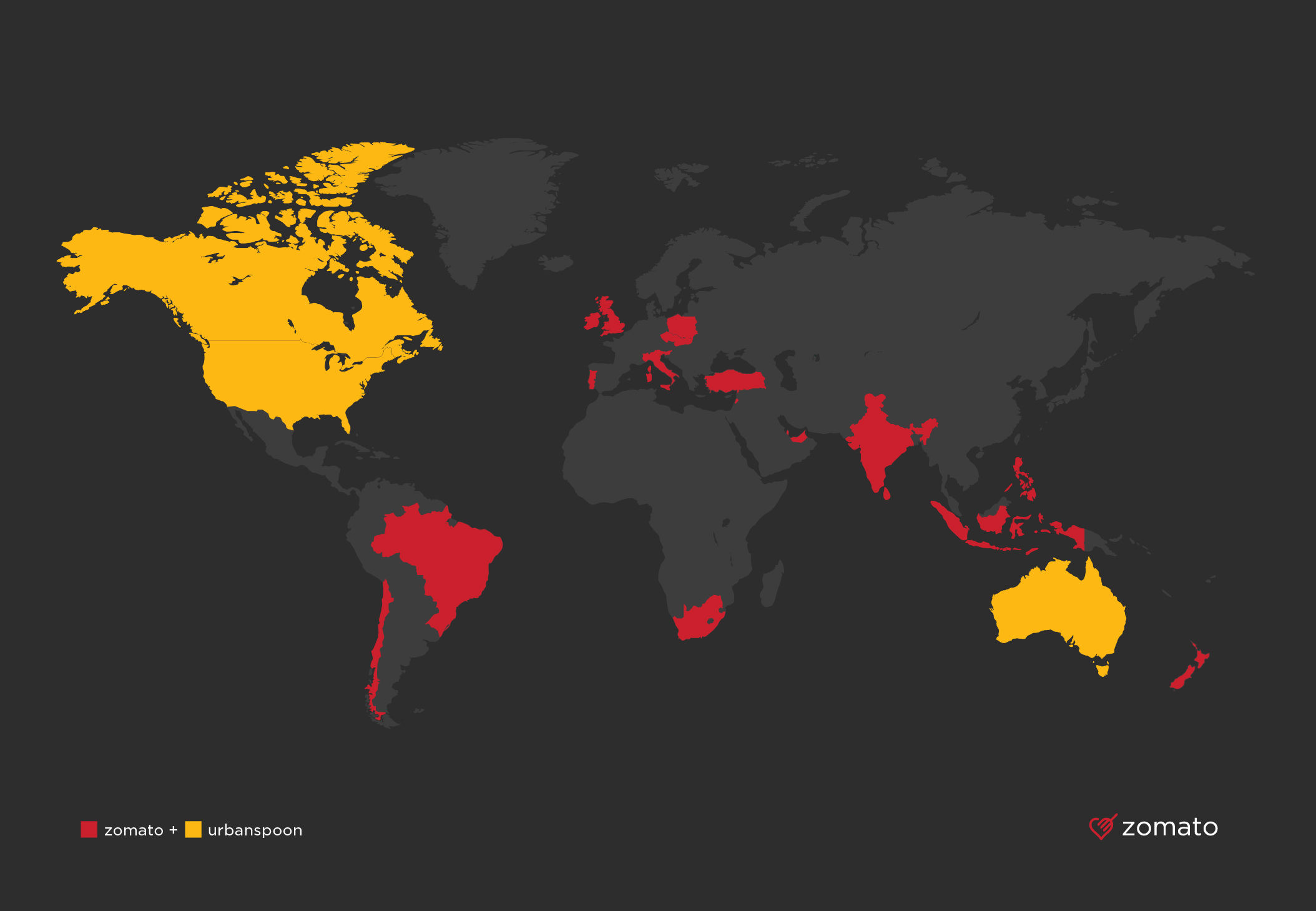 The teams will be working closely over the coming months to integrate Urbanspoon into Zomato. In due course of time, all Urbanspoon traffic will move to Zomato.com, and all Urbanspoon app users will be able to use the Zomato app. This acquisition also has a lot to offer to restaurant businesses. Zomato’s hyperlocal advertising model, combined with the Zomato for Business app suite, will allow restaurant businesses to reach out to, connect with, and engage customers like never before.

About Zomato
Zomato is a restaurant search app, providing in-depth information for over a million restaurants across 22 countries. Zomato’s core content features include scanned menus, photos which are sourced by its massive feet-on-street team across its various cities of presence; users can rate and review restaurants, as well as create their own network of foodies for personalised recommendations.
For more information, please visit www.zomato.com
About Urbanspoon
Urbanspoon is a leading restaurant discovery app that aggregates reviews from professional food critics, bloggers, and local diners to help people everywhere decide where and what to eat. Available on the web and through its popular iPhone, Android, and Windows applications, Urbanspoon provides reviews for restaurants throughout the United States, Canada, the United Kingdom, Australia, and New Zealand.
For more information visit www.urbanspoon.com