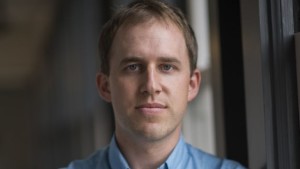 Taylor became CTO of Facebook after the company acquired FriendFeed, the social network he co-founded in 2007. Before that, Taylor was a group product manager at Google, where he co-created Google Maps and started Google’s Developer product group.

Omid Kordestani, Twitter‘s Executive Chairman (also a former Google executive) said, “Bret brings to our Board a great mind for consumer products and technologies that will be invaluable to the company as we execute our plans for 2016 and beyond. His skills also complement those of our other recent Board additions, who bring expertise in finance, media, and entrepreneurship.”

Excited to welcome @btaylor to the @twitter board. Great to be working together again!

“Twitter is the fastest way to find out what’s happening, and beneath its simplicity lies a very sophisticated set of technology,” Mr Taylor said. “I hope to bring my knowledge and experiences to bear to help Jack Dorsey and the board push Twitter and its services forward.”

Excited to join @twitter‘s board. Twitter is one of the most important services in the world, and I’m thrilled to be able to work with @jack

Taylor is the fourth new director to join Twitter since April, as executive chairman Omid Kordestani shakes up the social media company’s boardroom.