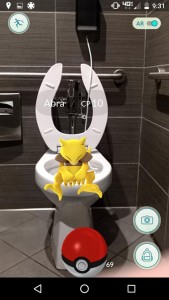 Not a day goes by and Pokemon Go is not in the news! Often criticized, yet famous game recently hit a milestone as it crossed $200mn revenue across the globe.

Not only this, there’s a double bonanza for Pokemon Go as it was downloaded 100mn times, and that’s just the official number! The app is also continuing to rake in daily revenue of over $10m on iOS and Google Play combined.

Besides putting augmented reality (AR) technology and other AR-related games in the spotlight, the game has also presented businesses with the unique opportunity to tap into the trend as well by paying for increased foot traffic, setting up their own virtual treasure hunts and creating their own engaging AR-based activities.

Earlier, the first month top grosser award was in the name of Candy Crush Soda Saga game, which was released in 2014 and earned approximately $25 million in its first month. Then came the Clash Royale in this year, which earns around $125 million in first month worldwide revenue. 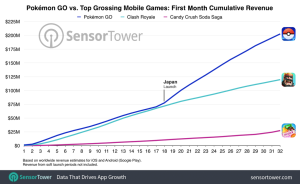 Although the last update to the game was not received very well by players, if Niantic doesn’t break the game and corrects the problems mentioned by the users, the game is likely to achieve more milestones going ahead.