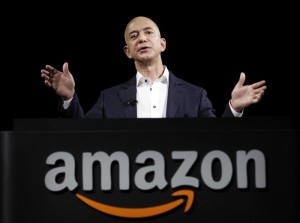 This would come as sigh of relief for online retailers with overseas investment. Under the March guidelines, e-commerce companies with foreign direct investment (FDI) can only function as marketplaces. These are platforms that connect thirdparty vendors to buyers. But the ecommerce players can’t sell directly to consumers.

A senior government official had told ET earlier that the government should take advantage of its large mandate and open up FDI in online retail besides doing away with mandatory 30% local sourcing.

“Apple may not create jobs in manufacturing but it will create an entire ecosystem that will spur growth and create jobs. If this government can’t push for reforms, then who will?” He was referring to Apple’s proposal to open its own stores in the country getting stuck over the local-sourcing rule. Amazon operates a mixed model in the US, the kind that Bezos is seeking for India.

This model will also help millions of small entrepreneurs without any experience in selling products digitally to go online besides allowing Amazon to operate its core business, which is to sell its own merchandise, said a person aware of the matter. With its latest investment announcement, the Seattle-based company has taken the total investment pledged for India in the last two years to $5 billion.

Morgan Stanley, an American multinational financial services says India’s e-commerce business could swell to $119 billion by 2020. Amazon has been growing rapidly in India with the country having been the fastest to clock $1 billion in gross merchandise value (GMV) since the start of services in 2013. India is also poised to become the fastest to $10 billion in GMV, outpacing Japan, Germany and the UK to become the second biggest market outside the US for Amazon. Source- Economic times